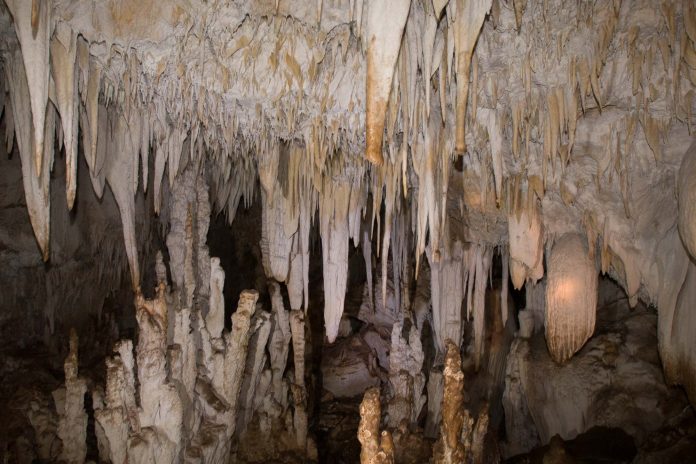 Butterflies, dragonflies and beetles of many colors and sizes flutter around the trails of the Barra Honda National Park. Their eye-catching colors make us look from one flower to another, from one beam of light to another. 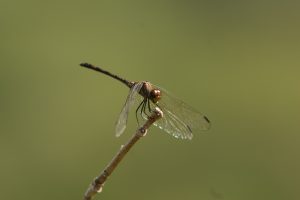 In the meantime, from the heart of the dry tropical forest that looks lush green after a rainy season, amazing species of birds like the long-tailed Manakin and the Violaceous Trogon come out to the edges of the forest to be seen.

The sound of our foot-steps on the trail interrupts the silence of the dry forest that allows us to listen to the flapping of the butterfly wings and the songs of the birds. In the distance, a herd of howler monkeys announce their presence and also break the silence.
Those that come to visit this small national park, located in a corner of the Nicoya Peninsula, are here for other reasons, but the secrets of the tropical dry forest will show to those visitors that decide to walk its trails slowly.
Barra Honda originated millions of years ago when the bottom of the ocean floor lifted, creating a complex system of caves where calcium carbonate formations of stalactites and stalagmites impress any kind of visitor.

Only one of all the complex caverns is open to the public, the Terciopelo o Fer-the-lance cavern. To go inside the cave one has to descend 17 m on a ladder. Once inside the cave, people will descend to 30 m by walking the floor of the cave.
The cavern has three chambers, the last one is known as the chamber of the organ, since it has a formation of stalagmites that make sounds like musical notes when they are knock softly.
Any visitor that comes to see the Terciopelo cavern will be accompanied by a local guide. Since 1987 the neighbors of the national park have worked as guides at the park taking visitors to explore the caves. This was a government decision that aims to recognize al the volunteer work that the communities have done since 1974 when the park was founded.

But at Barra Honda beside looking inside the earth, one can see above it. Form the Nacaome viewpoint, at 423 meters above sea level, visitors can enjoy a spectacular view of the savanna of Guanacaste and the golf of Nicoya.
Barra Honda National Park has 2997 hectares of protected land. More than 80 different species of birds can be seen in the park, along many mammals like Howler Monkeys, White-tail deer and Agutis.