When you are in Guanacaste and you hear someone screem “¡Bomba!”, it’s not a call to fear, but to laughter and joy. Imagine music playing, people dancing, someone screems, everything stops and they someone chouts:

That contagion of joy is celebrated every July 25 in Costa Rica when remembering the annexation of the Nicoya Party, a territory that during the colonial period comprised almost everything that we know today as Guanacaste, and where many Costa Rican traditions come from, such as the famous “Bombas”. However, history tells that the annexation was not so spontaneous and simple.

Inserted in the middle of CR and Nicaragua, this small territory also became independent from Spain in 1821, and in the following years it acted as an independent town establishing commercial relations with its neighboring countries. Rivas, in southern Nicaragua, became a very important market for the people of Guanacaste, today the city of Liberia, while Puntarenas was an indispensable market and port for tobacco growers from the towns of Nicoya and Santa Cruz.

The Nicoya Party had already considered belonging to Nicaragua, but the political instability of this nation caused the Party to back down. That is why when Costa Rica suggested that the Party join its territory in March 1824, controversy arose.

On July 4 of that year, the Nicoya Party rejected Costa Rica’s offer, but 21 days later, Nicoya and Santa Cruz reconsidered the decision and signed the annexation act. The decade that follows is full of great discussions within the Party and between Costa Rica and Nicaragua, but by 1834 all the Party municipalities: Guanacaste, Nicoya, and Santa Cruz, have already submitted an oath to the Costa Rican constitution.

It has been about 200 years of being a single territory, and the benefits of the decision taken in 1824 have been many. Guanacaste, now Liberia, then found in the growing central valley the perfect market for its cattle, and Nicoya and Santa Cruz found the protection they asked the Costa Rican government in the act of annexation, mentioning that they only had “26 useless rifles.” to defend.

But Costa Rica as a single nation has been the real winner with the annexation of the Nicoya Party.

The beautiful beaches, volcanoes, and natural and cultural attractions that belonged to the Nicoya Party have given Costa Rica world renown and are part of one of the country’s main economic activities: tourism.

The Guanacaste tree, one of the largest trees in Costa Rica that grows in the dry tropical forest of the former Nicoya Party, became the national tree in 1959, as a tribute to the Annexation gesture. The name of the tree comes from the Nahuatl indigenous language (“Guautil”: tree; “Nacaztli”: ear) and is inspired by the shape of the tree’s seed.

The Chorotegas, the indigenous group that inhabited the Pacific North of the country and spoke Nahuatl, today also enrich the country’s pre-Columbian history, and today you can still buy sculptures and clay pots made by their descendants.

The national folklore was enriched with bomba, songs, dances and the marimba, the national musical instrument of Costa Rica, which became of utmost importance in popular festivals and celebrations.

And the gastronomy of Costa Rica also won by including the large webbed tortillas and the salty and firm Guanacaste sponge cake, which in combination with other Costa Rican dishes are now enjoyed in all corners of the country.

—
An earlier version of this article was published in Nature Landings, Nature Air’s onboard magazine. 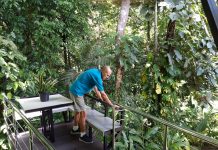 A day in the life of an active retirement 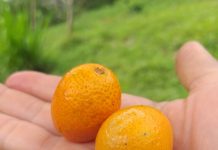 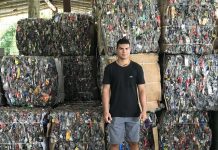 A day in the life of Jafet, a proud recycling collector