The angels wait at the back of the pack 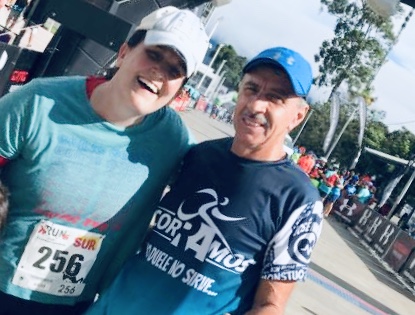 The writer Annie Lamott describes being skillful at something as being “fast” at it. The thing Lamott is fastest at is putting words together; the same is true for me. The thing I am slowest at is, well, being fast. Ever since I plodded around the soccer field as a high school goalie, I have been exploring the world at a glacial pace. Fifteen miles a week. Two. Thirty. Over the past few years, my running declined to almost nothing at all, but sooner or later I always find myself lacing up my shoes and heading out the door.

I’ve come to realize that if you can find something you’re not good at, but keep finding yourself doing nonetheless, that’s when you should really lean in. That’s what I did in the months after my father died in 2018. Once, during a period of particularly high stress, I developed an ankle injury so bad that I couldn’t even make it down a supermarket aisle without support. I took to the pool until I could finally run for one minute on a treadmill: a major victory. I kept at it, and finally I ran my first half-marathon in more than 15 years.

But here’s what I learned about the hidden benefits of doing something you’re bad at, and doing it with all your might. I learned that it opens up the kind of vulnerability that we otherwise only experience in moments of deep grief and trouble, those moments when we grab any hand that’s extended, when the world seems clearer, sweet and terrible, when we might connect with someone we’d otherwise whip past. Only when you are way out of your league, desperate to give up, and in need of help—only then are you raw and open enough to notice the angels around you.

Yes, that’s right. I said angels. And for someone like me, allergic to deep faith and anything precious, my use of that word shows just how tired I was only a third of the way through the race across Costa Rica’s capital.

When I first moved to San José in 2004, most races were meant for Real Runners, meaning that it was hard to find anything under a 10K. The fields tended to be pretty intimidating. Today, there is a growing diversity of races and you’ll see a lot more runners-in-process, so to speak—but the half-marathon cutoff is still only three hours, and I arrived at the race carrying the phone, charger, snacks and water I would need to finish the distance at a local park by myself if I fell too far behind and ended up lost in a southern San José suburb.

It sure looked like things would go that way, until I was suddenly swept up in a sea of blue. It was a running club from the nearby neighborhood of Río Azúl, CorRAmos, accompanying one of their own in her first-ever half-marathon attempt. One person in particular fell into step with me and announced he would stick with me until the bitter end. This was Marcos Sanabria, although everyone along the course called him Tío. He was a wiry, gray-haired runner who could probably have run the race in under two hours, but he wasn’t here to do that. He was just out to stretch his legs on a Sunday, show support for his teammate, and keep some poor sadsack from curling up in the fetal position at the side of a busy road.

Only those who have run races they really weren’t ready for and know that sinking feeling of hitting, say, the seven-mile mark and knowing you still have six to go, or the anxiety of expecting any step to be the one that makes your ankle buckle under you, will know just how much it meant to me to be caught up in this jovial group of runners when I had expected to spend the race alone. Other slow, struggling runners came in and out of our orbit, slowing to a walk or finding new energy, sometimes even sharing snippets of their stories.

A member of the running club drove along the race course and stopped every couple of miles to take two ice-cold sponges from a cooler and drench us with freezing water, which felt like a welcome shot of adrenaline to the heart. That guy’s wife jumped out of the car at one point when we were traveling through a particularly sketchy area of San José, a neighborhood where drunks were still stumbling out of bars after a long night-turned-morning.

She did something I hope no one ever does to me in that neighborhood ever again: she shoved something into my mouth as she said “Quick, eat this.”

It was a giant sports gummy.

“You need sugar,” she said, and then she was gone.

Most of all, it was Tío who saved me. He was such a gentle presence trotting next to me, mile after mile. If I found the energy to say something, he was an appreciative audience; otherwise, we ran in silence. On a downhill, he’d say, “Let’s recover. Let’s shake it out. Let’s loosen up.” On an uphill, he’d say, “Come on, Katherine. We can do it. We’ll make it. Nearly there now.”

My chin quivered at one point when I noticed how he always maneuvered himself in between me and any cars on the road—just as my dad used to do, maneuvering himself to the street side of me on a sidewalk. Tío’s steady stream of calmly uttered platitudes also reminded me of my dad. In fact, he escorted me through the race just as Pops would have, if Pops had been a seasoned marathoner. Maybe my brain was a little deprived of oxygen, or maybe there was something loopy in that sports gummy after all, but it was hard not to feel that I had been provided with some kind of divine intervention.

At one point, at a water station, a hopeful race volunteer said to our trailing group, “Are you the last ones?”

“Yes,” said Tío, “but the last shall be first.” I swear a choir burst into song nearby. Or maybe it was just the karaoke machine from the bar across the way.

When you suck at something, but you keep on doing it, lean in. Lean way in. When you suck, when you’re last; when you’re out of shape or out of tune or way, way out of your league but you just keep going; that’s when people will help you.

The angels wait at the back of the pack. There, among the slow and struggling, you’ll remember the best possible outcome for any human endeavor. What’s that? To begin something alone, and to end it in unexpected company—overcome by the kindness of a person who at the starting line was nothing but a stranger.

Based on a piece published by the author in November 2019. 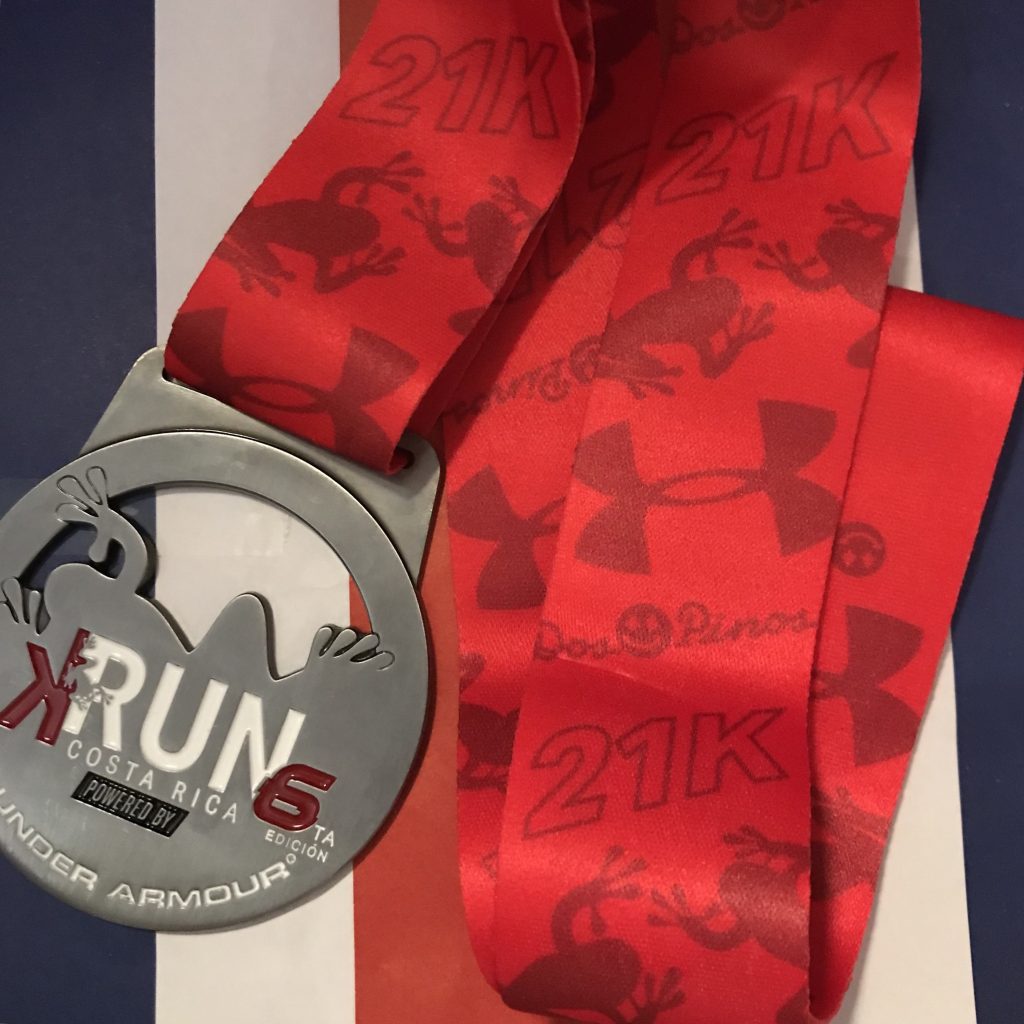