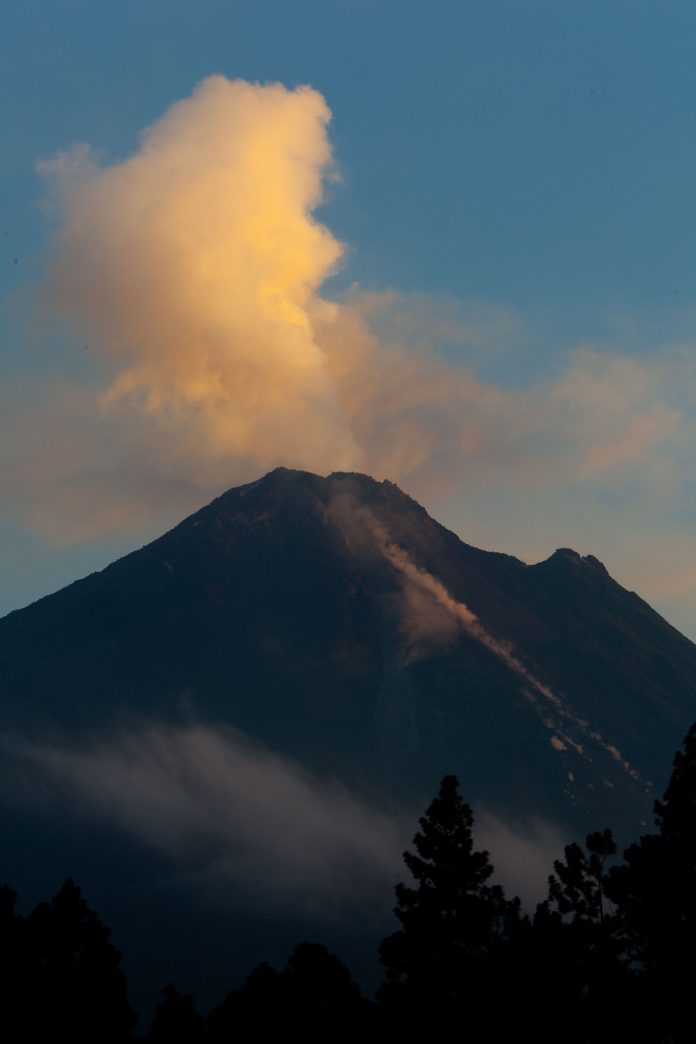 It was around 1 am on Monday, July 29th, 1968. Adita Vargas Pérez, then 21 years old, remembers how she was awoken by what sounded like a big storm, and by the constant movements of the earth. That day Arenal hill, one of the buttes that populate the low lands of Costa Rica’s Northern Zone had exploded, revealing its real nature: a volcano.

The community had been rattled by small earthquakes for more than three months, so Adita, though startled, went back to sleep. She got up at sunrise and started her day as usual.

“I was milking the cows when everything happened,” Adita said. “It was very dark and it sounded like thunder, but I didn’t feel a thing. Maybe the cows were moving too much.”

Shortly after, some neighbors passed Adita and her cows on their way out.

“They told me that the volcano had exploded, but I didn’t know of any volcano. For me, it was the Arenal Hill. They told us we had to leave but I didn’t listen,” she said.

That night, she said, everything smelled like a “burned horn,” as in animal horns. The smell likely came from the more than 30 thousand heads of cattle that were killed in the explosion.

Around 80 people died as a consequence of three days of volcanic activity. They were mostly from the towns of Pueblo Nuevo, Castillo, and Rio Chiquito, and some were rescue workers that came from different parts of the country.

“We didn’t leave our house until the third day of activity,” Adita recalled. “We were the last ones to leave. I was really scared and I wanted to leave from the first day, but my dad used to say, ‘Nobody can hide from God,’ so he made us stay.”

Álvaro Vargas Pérez, Adita’s brother, was 16 years old when the explosion happened. He remembers his father saying, “Don’t be afraid. That is a volcano, it has exploded and that is it.”

What sticks out most in Álvaro’s memory happened on July 31st.

“My dad sent me and my older brother Oscar to help bury the ones killed by the explosion,” he said.

Oscar was 27 years old. He had a camera and took pictures of the dead bodies, a picture that Adita still has.

“The bodies were all burned and they looked like little people,” Álvaro recalled.

“We had dug a big hole for a communal grave and were ready to put the bodies inside, when a new explosion happened,” Alvaro said. “We started running and left all the dead bodies on the ground. I ran as fast as I could. It was scary to see those big hot rocks fall through the air and then explode once they touched the earth.”

“I was on my way to the cemetery to see the funeral, on horseback, but before I made it there, I heard the big boom,” she said.

“I ran back home. When I got there I let the cows and calves loose. Then I grabbed a bag, put two dresses, one blanket, and some roasted coffee on it,” Adita recalls. “I picked up one niece and one nephew, and put them on each hip, and started walking towards La Fortuna.

Adita also remembered how, in the craziness of the moment, she ended up wearing shoes from two different pairs on her feet.

“I only had two pairs of shoes,” she said.

The Vargas Pérez family spend one month in Ciudad Quesada at their cousin’s house, waiting for things to settle down. “There were nine of us and we stayed there until my dad ran out of money.”

Finally, they decided to come back to their land in La Guardia. The governmental authorities made them sign a paper saying that they were going back at their own risk.

“My dad was a brave man, and that is why we decided to come back,” Adita said.

The brother and sister lived in downtown La Fortuna, in the shadow of the volcano, for many years to come. “The volcano could be on fire and we don’t even pay attention,” Alvaro said. “We have lived through that and aren’t scared anymore.”