Cisnormativity is a circle, and I am a star 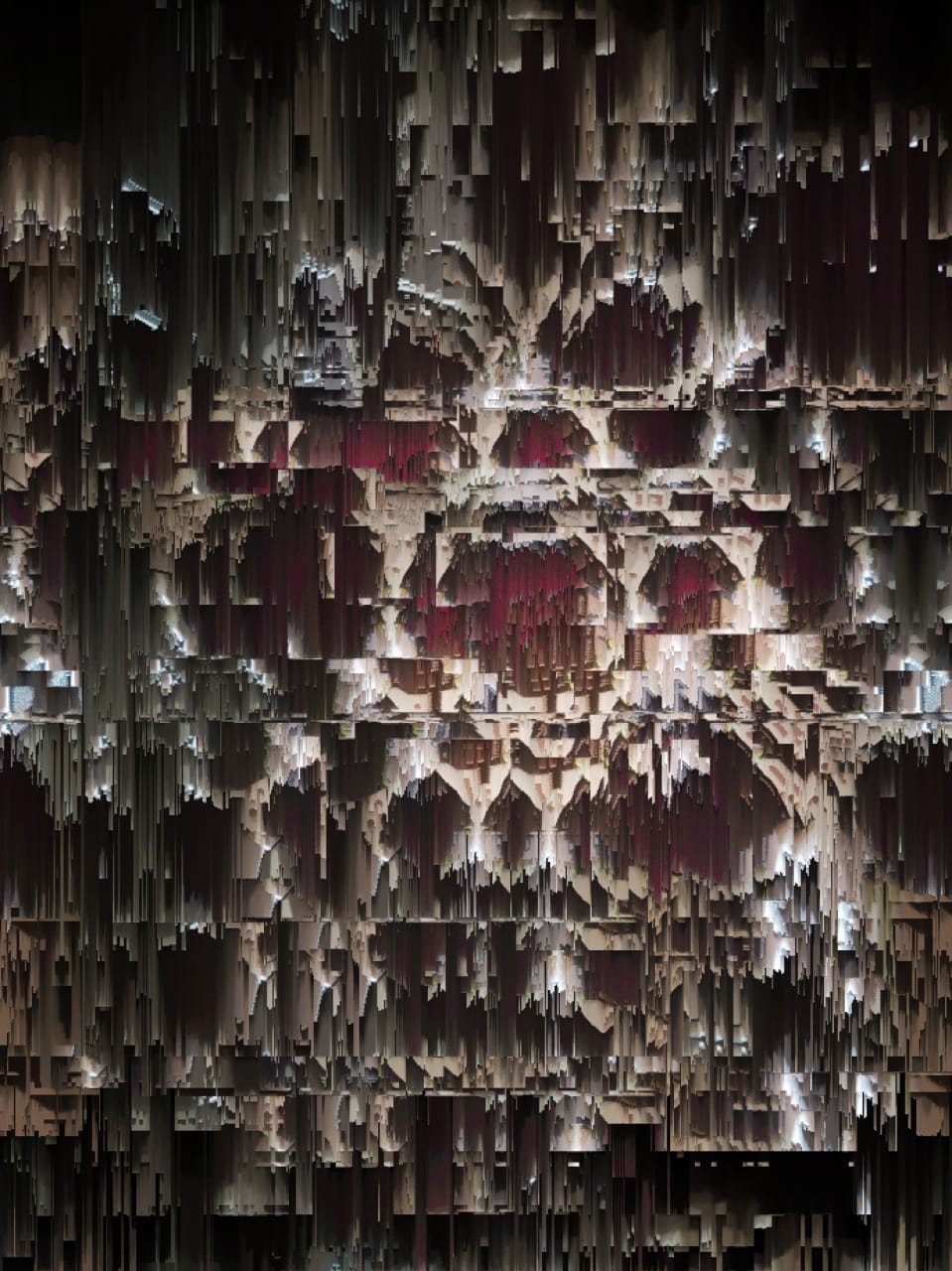 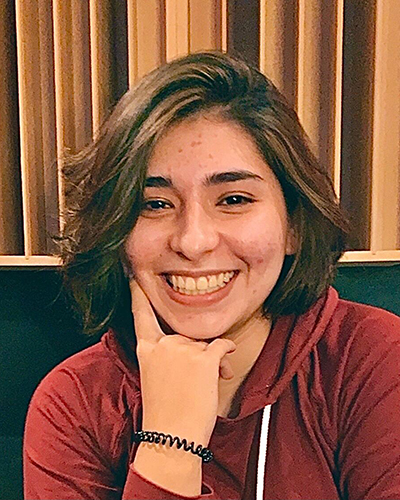 I was so happy that day. I arrived at the salon with a very clear idea in mind. I wanted to see myself look different, strange, alien: with green hair. I sat down; the person who received me was not the same person as usual. It was another girl, with whom I spoke for at least 15 minutes to explain this vision that was in my head. She put the chemicals on, and we waited for two hours.

Once we were done, the yellow color she had chosen made me look like a warped version of Justin Bieber in the 2000s. I got mad, because this was the only shade that I specifically asked not to have. But what could I do? I definitely didn’t want to start a fight that involved explaining to this complete stranger why her work had made me feel horrible.

The stylist turned me around and said: “This way, you look more feminine.”

But she and I did not know each other, and we are not going to know each other well enough for me to have to explain to her that I identify as a non-binary person; in many spaces, a demigirl; in feminist circles, a menstruating body, a gestating body; and when I’m eating pizza alone at home, I’m just Jimena. Gender is an issue that I do not care about at all, because the gender of each person is for that person alone, not something the world should get to gossip about and assumptions based on cisnormativity. If you’re comfortable with the gender you were assigned at birth, enjoy it, but don’t try to force it on my body— because it doesn’t fit. Cisnormativity is a circle, and I am a star.

For many reasons, we have grown up under the belief that we get to have an opinion about other people’s bodies: we call it a man, a woman, a trans person. To what end? If you meet an alien on the street, you don’t look at its chest to see if it has breasts. You ask the alien politely what the alien likes to be called.

Why, now that I tell my mother that I do not identify as a woman, does she tell me that she does not know who I am? I am the same person as always. I don’t want her to change the way she talks to me, because in the end I am Jimena and I have always been the same. The only difference is that I no longer feel weak because I accept that I love unicorns—something I was always told are very feminine, but that are now a symbol of diversity.

My brother wanted to give me dresses, because in his opinion, I would look good in them. What does it mean to look good? And good for whom? By what standard? He wears jackets two sizes larger than the size he should buy; in my opinion, they don’t fit him at all. But my mom whispers to me, “He likes it. Don’t say anything.” And then she turns around and tells me that I’m untidy, that I don’t look like a lady.

Knowing your own body, gender, sexual orientation, gender expression—all these terms that are not everyday—is not easy. It requires real investigation to understand who we are. Some of us never finish this process, but that is not a problem, because we continue to exist… and to exist is synonymous with change, with expansion.

Sometimes nothing. Sometimes a woman. Always a feminist

People are not born women and men. We are born with XX and XY chromosomes, and 7% of the global population are born with some different combination, which we usually describe with the term “intersex.” That percentage is not negligible. If less than 2% of the global population is red-haired, and you know at least one person with red hair, imagine how many intersex people you know.

On the other hand, the terms “woman” and “man” are identities and cultural constructs that respond to an agglomeration of historical, sociocultural, even economic factors, to which some, like me, do not feel attached.

Imagine that you don’t like Costa Rican football. You don’t follow it. You listen to a game from time to time on the car radio, but you don’t go beyond that. Despite this, you loved the pickup soccer games at school and college. What’s more, have a certain affection for the World Cup—although secretly, you did not side with Costa Rica, but with Spain from birth. At first, you watched the games in the school cafeteria so you could hang out with your friends, but then you saw that you could place bets. You joined in with your love for statistics and passionate screams.

Now here comes some guy one day, and asks you: What team are you for? Your body stiffens, because there is no answer. You decide to go the honest way and tell him that you are not from any team. What will he tell you next? He’ll say, “That’s a lie,” because he has seen you savoring the World Cup, because he has seen you getting muddy in your pickup games. But here’s the truth, the only truth: no team fits you, but if they force you to choose one, you’ll go for Spain, because it felt glorious to see Spain win that World Cup in 2010.

I am as much a woman as you are Spanish in my example. For me, acts of sisterhood feel like Spain winning, when everyone bet against it and I bet it in favor. Marching in the street with my sisters or dancing with my eyes closed waiting for Jensen to decide to leave the auditorium has made me feel powerful, loved, supported. But when there is no World Cup, I return to nothing, and I am happy, existing in nothing. I love being just Jimena. I, Jimena, am a non-binary person.

Lately, my problem has been that my acts of sisterhood are called for more and more frequently. There is always a sister being threatened, despised, ignored, objectified because she decided to go out feeling pretty in her body, because she chose to wear a dress that looked pretty for her and only for her. Can you see the common theme? Can you understand whom we have a right to criticize and whom we do not?

In short: although I am nothing, I am a woman politically. I am from the fourth wave, just like trans boys and girls, just like other non-binary categories with which we fill the alphabet. Because the political subject of feminism is not destroying itself: it is expanding. It is a sui generis moment where each of us realizes the limitations that the patriarchy has imposed upon us in its intention to discriminate against us. We realize that we do not want to have such a simple, basic and ordinary existence. We realize that we are fantastic creatures—that although we have chromosomes with simple combinations, in our heads we are complex unicorns. Our unique colors can perhaps be grouped into warm and cold tones, but they are impossible to replicate.

Back to the color of my hair

If you still haven’t found the meaning of this column, here it is, honestly, since the first day I bet on Spain: Don’t mess with my body. If I want my hair green, they dye it green, not yellow. . My body and I are one, and we like to eat pizza on the couch, without disturbing anyone, just existing and enjoying cheese on bread. We don’t have to fit a stereotype.

If it seems to you that I am angry: of course I am angry. My hair is not green like I wanted it; it is golden. I have to fight to exist within a patriarchal system. I have to become a woman like Bruce Wayne becomes a bat, when in reality I just want to be reading some theory book on the couch, eating pizza, with my green hair.

If someone wants to get something that is truly valuable from these words, then stop commenting on the body of others. Women, trans bodies, and non-binary bodies are nobody’s business but that of their owners. Anyone who is going to lay a hand on those bodies, be it a doctor or a stylist, also has to understand this: We cannot make decisions about another body without the person’s permission. If you see that body and you don’t know what pronoun to use, don’t make it up out of nowhere. Ask the person. He, she or they may be the same as me—they may not care what words you use—but they might also be like other brave people who only use elle, and they are magnifiques.