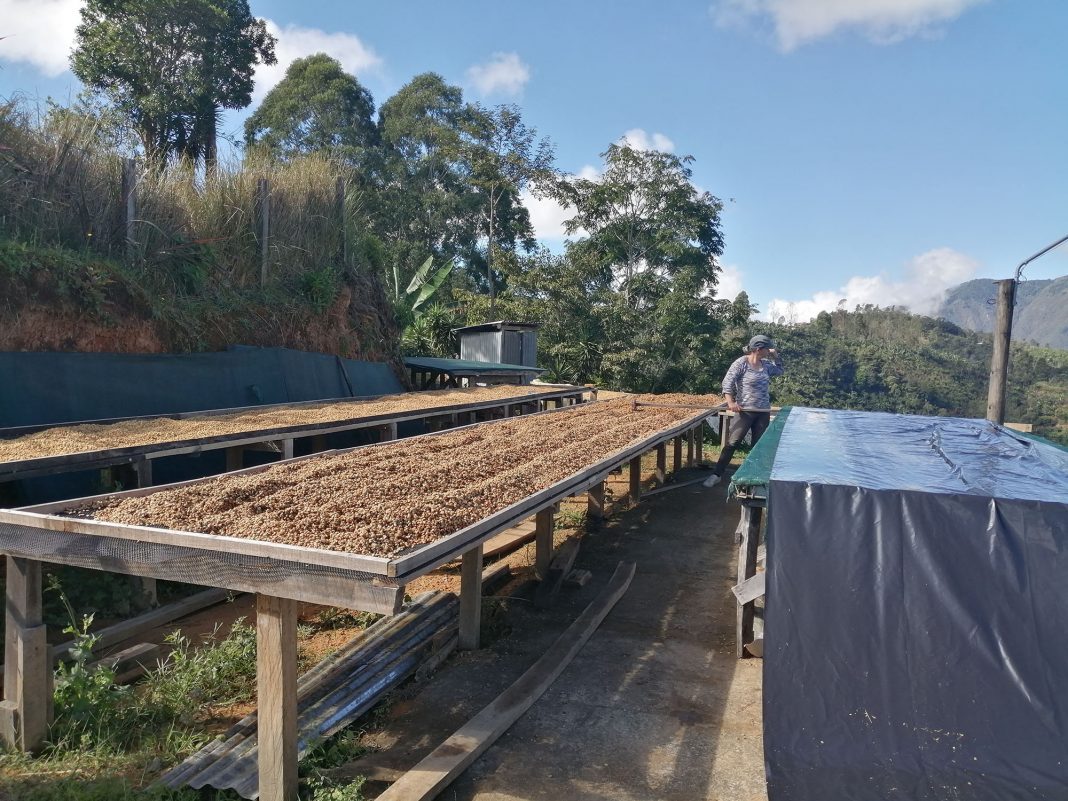 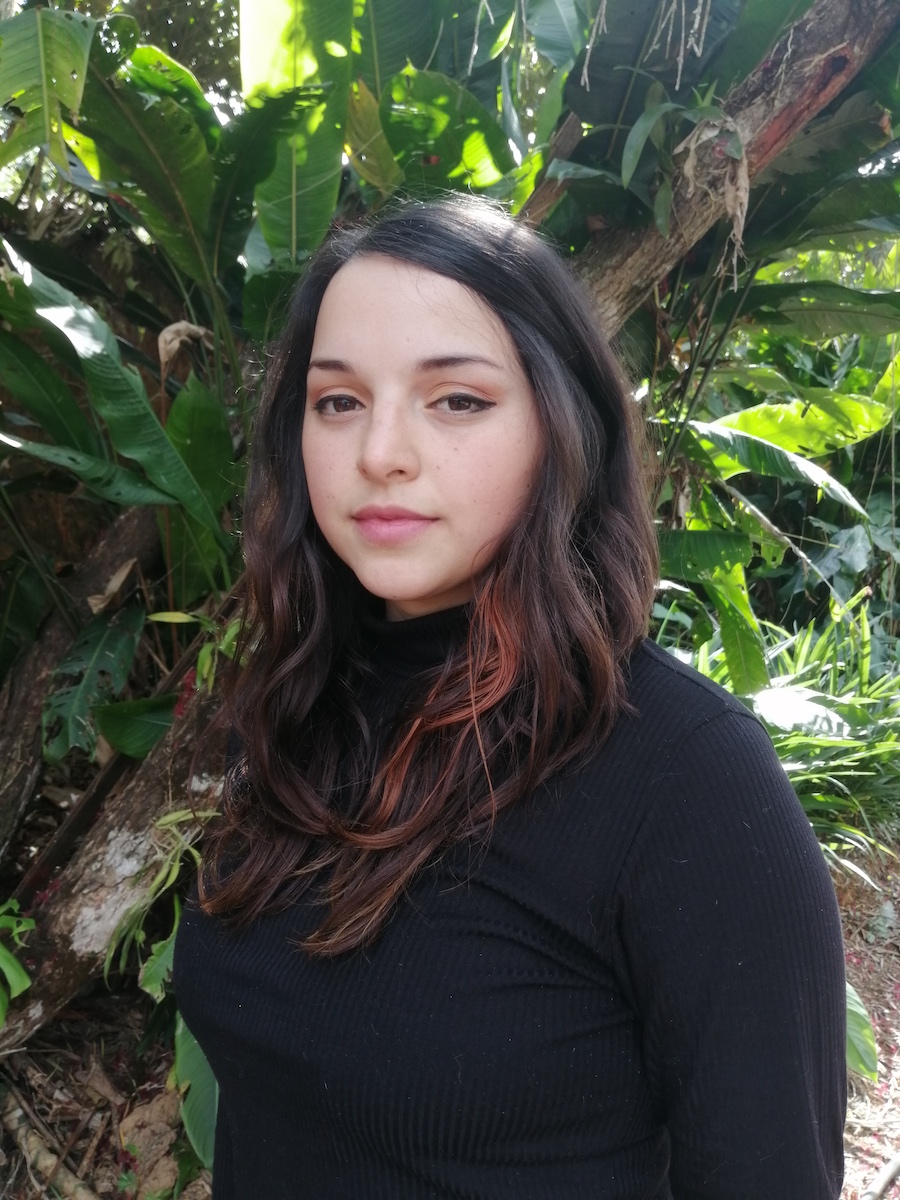 “As long as producers are not aware of their position within the model, they will not be able to leave. Because the model is made so that the producer stays busy, very busy, and cannot see further; he got used to the fact that his role is that of a raw materials supplier.” (Don Luis, 53, micromill producer from Tarrazú, 2020)

Don Luis is a producer who, together with his family, has decided to process and market his own coffee. He said these words during an interview done for my thesis research about coffee micromill families in Tarrazú. What did Don Luis mean by “seeing beyond”?

Broadly speaking, a micromill consists of a plant for processing coffee harvested on the farms of small producers. In the beneficiado process, the coffee fruits are pulped, washed, dried, and sold—generally on the international market. With great thoroughness and care for each bean, producers manage to obtain high quality coffees that are destined for the international specialty coffee market due to their physical attributes, but also due to their particular geographical origin.

Traditionally, in the Los Santos area, located in the mountains southeast of San José, the coffee that is produced is known for its altitude (around 1200-2000 meters above sea level), which provides a characteristic acidity highly valued by the consumer. There, the milling process has traditionally been in the hands of local cooperatives or multinational companies that operate in the region. These companies buy mature coffee from producers, process it, sell it within the country, or export it.

In this system, the producer does not participate directly in the negotiation of the price he or she receives, or in decisions about the destination of the product. The prices that producers obtain are not very profitable, since the bigger companies mix large volumes of coffee from different farms and varieties. This leads to a reduction in the homogeneity of the bean and, therefore, the quality of the cup.

In recent years, however, various coffee-producing families in the Los Santos region began to change their perspective on the meaning of their work and to value coffee from another point of view. In the 1990s, the agreement that regulated coffee supply and prices among coffee-producing countries was suspended, causing serious pricing crises that continued until the early 2000s. Many producers were forced to abandon coffee cultivation altogether, while others decided to focus on improving the quality of production to access differentiated markets for specialty coffee. Simultaneously, an increasing consumption of high-quality products opened new market opportunities and generated the phenomenon that, in the world of coffee, has been called the micromill revolution. According to the Institute of Costa Rican Coffee (ICAFE), coffee micromills have increased from one in 1999 to 79 in 2019.

For don Luis (a pseudonym, as with the other producers in this piece, due to the guidelines used in interviews for undergraduate research) as well as for many of the producers, the notion of ​​change arose when people began to specialized in roasting and tasting. By having a quantity of his crop processed and evaluated by a specialist, he and his family have become aware of the superior quality of their coffee. They now know that the fruit of their labor is highly valuable to a market from which, until now, they have been separated by a series of intermediaries. Regarding that first experience, don Luis says: “All those comments from professional people, who have criteria, who know what they are saying, come [directly] to you. And you feel the excitement, the adrenaline, and the desire to make a change.”

For small coffee-producing families, negotiating higher prices with direct buyers has been one of the main motivations for establishing a micromill, but not the only one. A growing sense of autonomy and of reappropriation of effort, as well as increased participation of family members, pop up again and again in producers’ stories.

This new mode of production has allowed paid workspace that used to be occupied by the men of the household to include greater flexibility and participation by women, both in production activities and in decision-making. For doña Alicia, for example, each of the four members that make up her family—she, her husband and her two children—have developed roles according to their abilities and experience, which allows them all to have a place and a voice in the micromill.

“Each person puts in what they have, what they can,” says Alicia, 48. “We are like a team where each part is indispensable. Although sometimes there are exceptions, almost always, everything is done by mutual agreement. If something is done in a certain way, we all always decide. We agree.”

Micromills are also emerging as opportunities for younger generations. Children of coffee-producing who have opted for professional preparation for jobs in urban areas now find a reason to return and stay in the region. Because the sale of specialty coffee demands innovation and creativity as well as greater profitability, these new generations have an opportunity to apply their knowledge, obtain a source of income locally, and support their families.

At the same time, micromills have made it possible to establish and strengthen links between producers, some of which have formed associations that translate into mutual support for joint exports, or to share agronomic, milling or market knowledge. The community once again becomes relevant as a resource.

Family micromills are spaces that go beyond mere production, because they integrate social elements that generate well-being in a broad sense, in families and in the community. However, micromills also involve a series of risks, difficulties and daily struggles for producers.

One of the greatest challenges that producers face is placing coffee on the international market. For example, many export companies that serve as intermediaries between producers and coffee buyers in the value chain are in charge of finding potential clients abroad, and getting the product to its destination. This is done in exchange for part of the price agreed upon by the producer and the buyer. However, not all companies of this type distribute the price fairly. Some establish long-term contracts with the producer that make them dependent on the company and reduce their decision-making capacity, or delay payments for months.

The coffee industry, despite its growing differentiation and consumer preference for a traceable, socially fair and environmentally sustainable product, is still in the hands of a small number of companies that absorb most of the production. In other words, it is an oligopoly. The countries where coffee is roasted, sold and consumed generate most of the value chain and, therefore, obtain the highest profits. Micromills do not escape this global structure, in which companies such as Starbucks, Kraft, Procter and Gamble or Nestlé monopolize the specialty coffee market through a single export group through which they buy small producers’ coffee.

Thus, coffee-producing families continue to struggle to find commercial channels that allow them to connect with international clients in a more direct way, allowing for fairer profit distribution and the sustainability of their activity in the long term. To achieve this, institutional plans for the development of the coffee sector must include mechanisms of direct connection between producers and consumers, which help increase the income of producer families.

Training and technological tools are one possible way to consolidate connections. Digital innovation can help producers channel information about the market in a more agile way, so that the distance with consumers decreases. The role of women and new generations, as well as community ties, must be taken into account to enhance the capacities of coffee-producing families and achieve better living conditions in farming regions.

So what does it mean to “see beyond”? It means that producers not only value their own coffee more highly, as well as the effort required to produce it, but also that they understand that the conditions for a dignified life will result from better distribution of wealth and a greater degree autonomy.