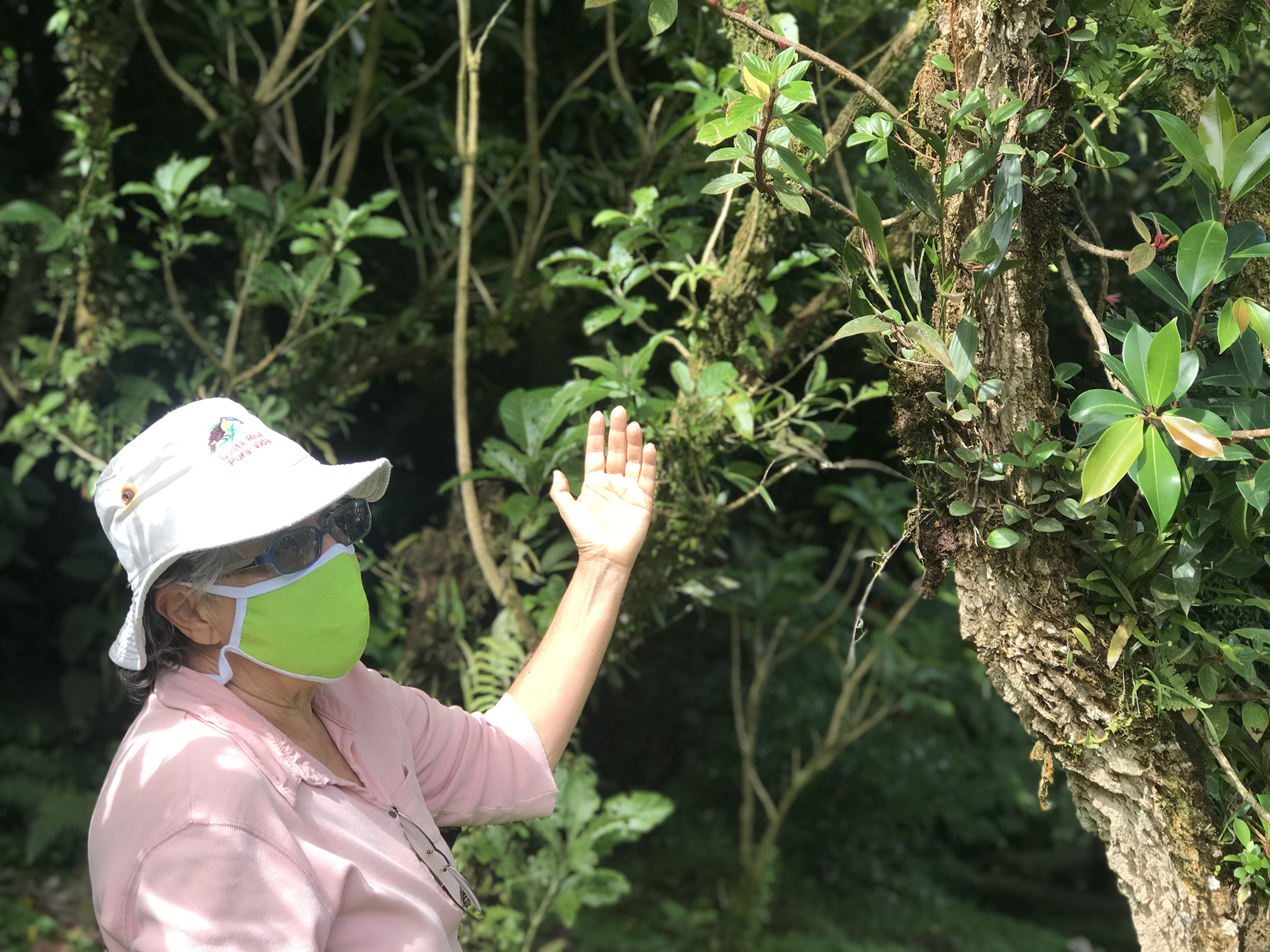 For the love of the air

Who makes the air we breathe?

Trees, of course. But who keeps the trees from being cut down? Do we recognize those people? Do they recognize themselves?

Across Costa Rica, overnight, trees became a temptation. When your tourism business is shuttered overnight, why not cut down some trees? Why not sell wood or land? Some people safeguard thousands of trees. Others, hundreds. Others, just a few, nestled among cabinas, lined up along a stream.

By the Río Celeste, one community said: every one of them matters. Every one hosts multitudes, breathes out what we breathe in. Let’s ask for help, not just for the big reserves, but also for the littlest landowners. Not just for landowners, but also for anyone who can plant, monitor, work. Let’s divide up what we raise among all of us. Let’s see if the people who can’t visit will stand with us anyway, so that, when they do come back, the trees are still here to greet them.

They’re raising some money, but you know what? They also fell back in love. With their trees. With their neighbors’ hard work. With their own massive achievement, sometimes taken for granted: this is a community that protected their forests, but reforested, too, bringing back animals that lived there before clear-cutting for cattle. They shared their stories for international donors, but they listened to each others’ stories, too. Marlon. Eliette. Johnny. Itza. On and on, one by one, they showed off their ancient survivors, their new growth. They marveled at little corners of their neighbors’ lives that had been hidden away. Recycling efforts. Compost boxes. Trees they’d never seen, despite living so close.

They reached out to the world and met their neighbors there. Their neighbors, and their neighbors’ trees. Who makes the air we breathe? Inside that devastating bubble, behind that pandemic curtain, they turned to each other and said: Why, we do. We do. We turn devastation into action, action into stories, stories into friendship. Friendship into oxygen.

Text by Katherine Stanley Obando inspired by the Río Celeste Chamber of Tourism and its Forest Stewards campaign, which invites donors to support rural community tourism entrepreneurs who are protecting forests on little to no income during the pandemic. You can make a U.S. tax-deductible donation through Amigos of Costa Rica, here. Our weekly Media Naranja series captures stories of love and affection with a Costa Rican twist. During our April edition, “The trailblazers,” we are focusing it on pilot members of our national rural tourism platform, Directory 506, and showcasing their love for the earth, air, water, and fire.