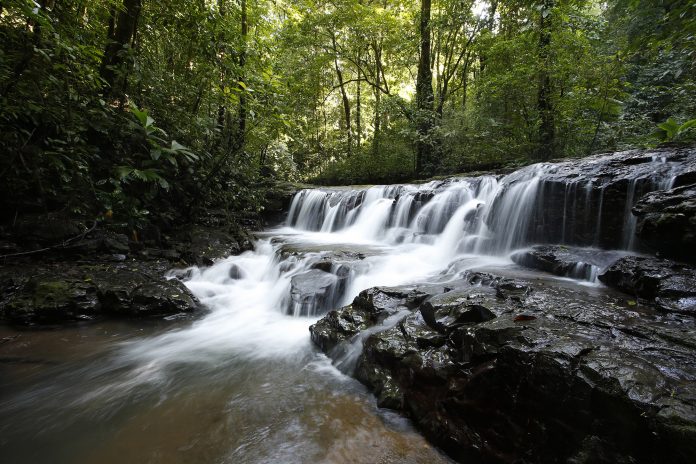 No national park can resist him.

No national park can resist the calm and respectful step, the attentive and curious eyes and ears, and the artistic and tireless photography of don Oscar de la Cruz.

It is very likely that all the park rangers in Costa Rica know him, or at least have heard stories about him—because for don Oscar, visiting, photographing, and promoting the national parks of Costa Rica is a passion. A lifestyle. A mission. Of course, that’s when he is not growing one of the best cacao crops in the country, or reforesting a remote area in northern Costa Rica.

We asked don Oscar to tell us which national park has a special place in his heart. It was difficult for him to select just one, but for those who knew him, we knew that he was eventually going to choose his beloved Canugreja.

What follows are fragments of his comments and an original text written by don Oscar and by Mario León, edited by El Colectivo 506.

A national park protected by a giant

The indigenous legend says that there was a huge crab that ruled the hill and did not allow walkers to pass between villages. A brave warrior came and fought the crab until he managed to cut off her leg. Angry and humiliated by the defeat, the crab took refuge in the upper part of the hill and since then, turned into stone, has admired the terrain she once dominated: La Cangreja National Park.

Few visit this corner of the province of San José, located in Santiago de Puriscal, 35 km along the old road to Parrita. You need a 4WD car to get there. However, it has been a longtime reference point because its main hill—La Cangreja, standing at 1,305 meters above sea level—is a landmark for small planes that travel from San José to Parrita and Quepos.

Walking the trails of this park is a new experience depending on the time of year. During the rainy season, the park is an intense green with a great diversity of tones. In the dry season, the leaves fall, and the green is no longer intense; some trees are filled with yellow flowers, others orange or lilac or pink. In short, there is always something different to look at.

This is the only National Park that is totally within the province of San José, and close to one of the oldest cities in the country: Santiago de Puriscal, part of what may have been the Camino de Mulas.

The park contains wet tropical forest, similar to those that existed in the last century in the mountains that surround the Central Valley. It’s full of rivers and streams with crystal clear waters. In the summer, their sounds are an eternal whisper that is easy to confuse with the songs of crickets and cicadas.

The variety and quantity of winter waterfalls here is impressive. Some of these waterfalls are many meters high; other waterfalls seem to play while jumping one after another. In other streams the waters slide over stone floors several meters long, forming joyful landscapes full of life where you can walk along while the water slides between your feet.

To talk about La Cangreja is to talk about biodiversity. There are fungi of multiple colors and shapes, born among the remains of the vegetation. Any admirer of Costa Rican trees will be rewarded by a gigantic Nazarene, a species under threat because of the beauty of its wood. The Guanacaste, the Robles, the Cedros, the Porós, Pellejo de Toro, Guayacán and Ron Ron stand out as well: the list is long, and all of these friendly giants are covered by a great variety of epiphytes. Toads, frogs, and lizards surprise the visitor as they flee between the leaves.

I do not know if it is because that crab of legend continues to guard her dominion, but despite the fact that this park is located less than two hours from the center of San José, there are few who walk the trails of this natural jewel.