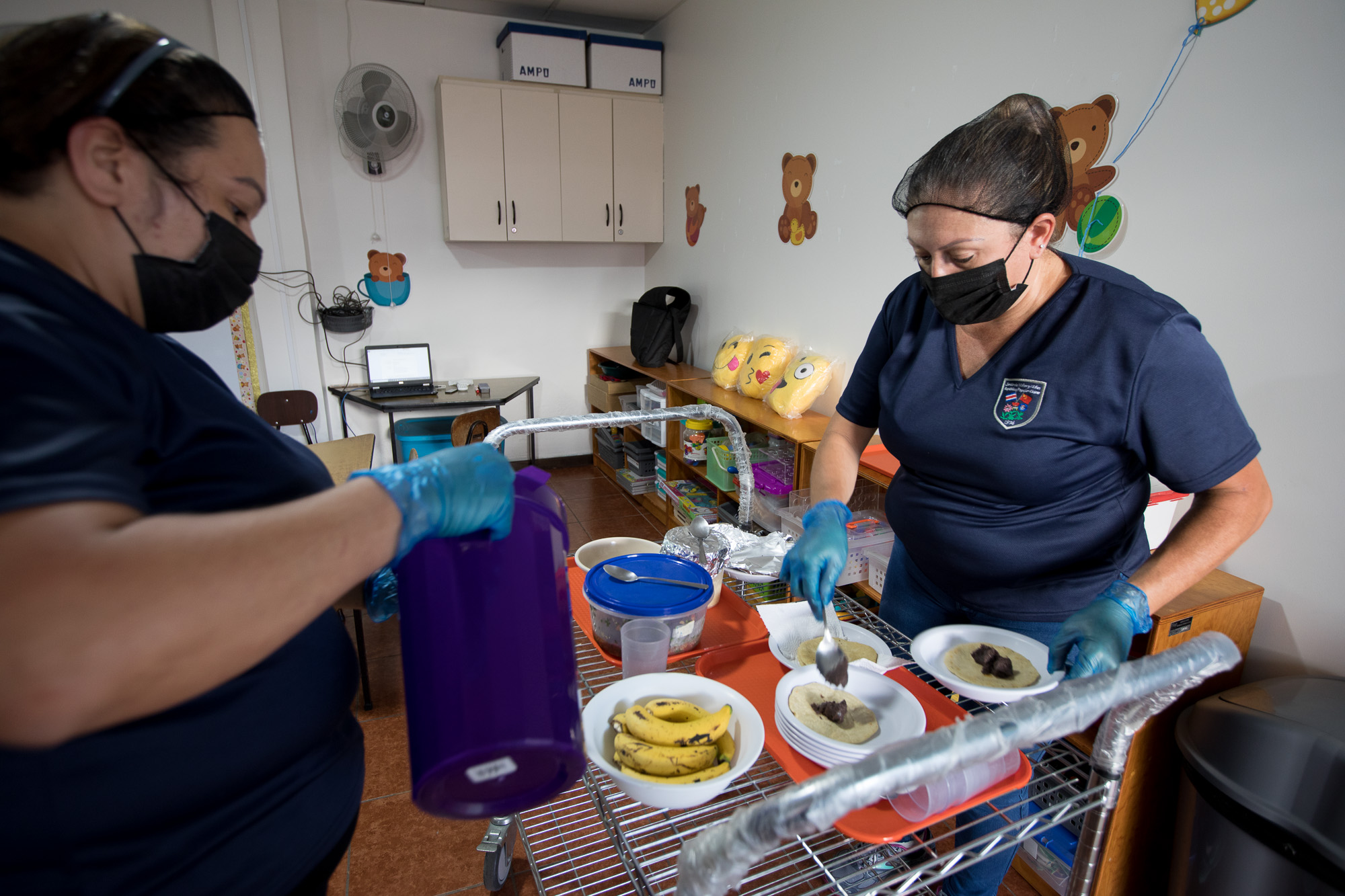 Those who feed our children

What did you eat for your schoolroom lunches?

Chicken and garbanzos on top of white rice in a crowded city school? Spoon-shaped orbs of melon that had been thoughtful nestled in the freezer, all the better to cool down your hot, dry throat after recess on a parched late-summer day in the hills near Arenal? Gallitos of meat or cheese or any manner of little stews, laid out on a wide plastic tray? Beans and rice, rice-an-beans, gallo pinto infinite ways?

Was there something even better waiting for you at home that night? Those who say yes, we’re the lucky ones. It shouldn’t be so, but our schools so often feed our their one square meal of the day. In the place between getting by and hunger… that’s where our school cooks stand.

We mourned the loss of classroom time with COVID-19, but worse still was the silencing of forks, of knives on chopping blocks, the stoic emptiness of all those gas ranges. Did lunch ladies lie awake at night, thinking of the kids—known by name, or just faces in a row—whose eyes always widen a little further at the sight of lunch, who gulp it down ravenously? There must have been dozens, maybe hundreds, maybe thousands who did. Who wondered. Who feared.

Seen once, and never forgotten, at a rural school in Alajuela: little kids with tidy uniforms lunched at 10 am, because they’d risen at dawn. They returned their white plates, picked clean, to the counter, forks and knives tucked neatly to one side. “Muchas gracias,” each one said to the lady behind the counter, really looking at her, really thanking her. “Bueeeeeeno,” she replied. “Muchas gracias.” “Bueeeeeeno.” One word stretched out to cover comfort, acknowledgement, affection, just the way she’d stretched one chicken to fill dozens of tummies.

She smiled, crossed arms over a stout belly, nodding and smiling at those children who, every one of them, had remembered the cook. Nodded. Said her name, even. Offered the gratitude that the rest of us, older but not wiser, sometimes forget to bestow.

Text by Katherine Stanley Obando, inspired by the stories of educators feeding families in the pandemic captured in part three of our March series: in particular, the women who cook and serve food to children at the Jardín de Niños y Niñas República Popular de China, photographed this week by Mónica Quesada. Our weekly Media Naranja series captures stories of love and affection with a Costa Rican twist.