What does it mean to be Ngöbe? 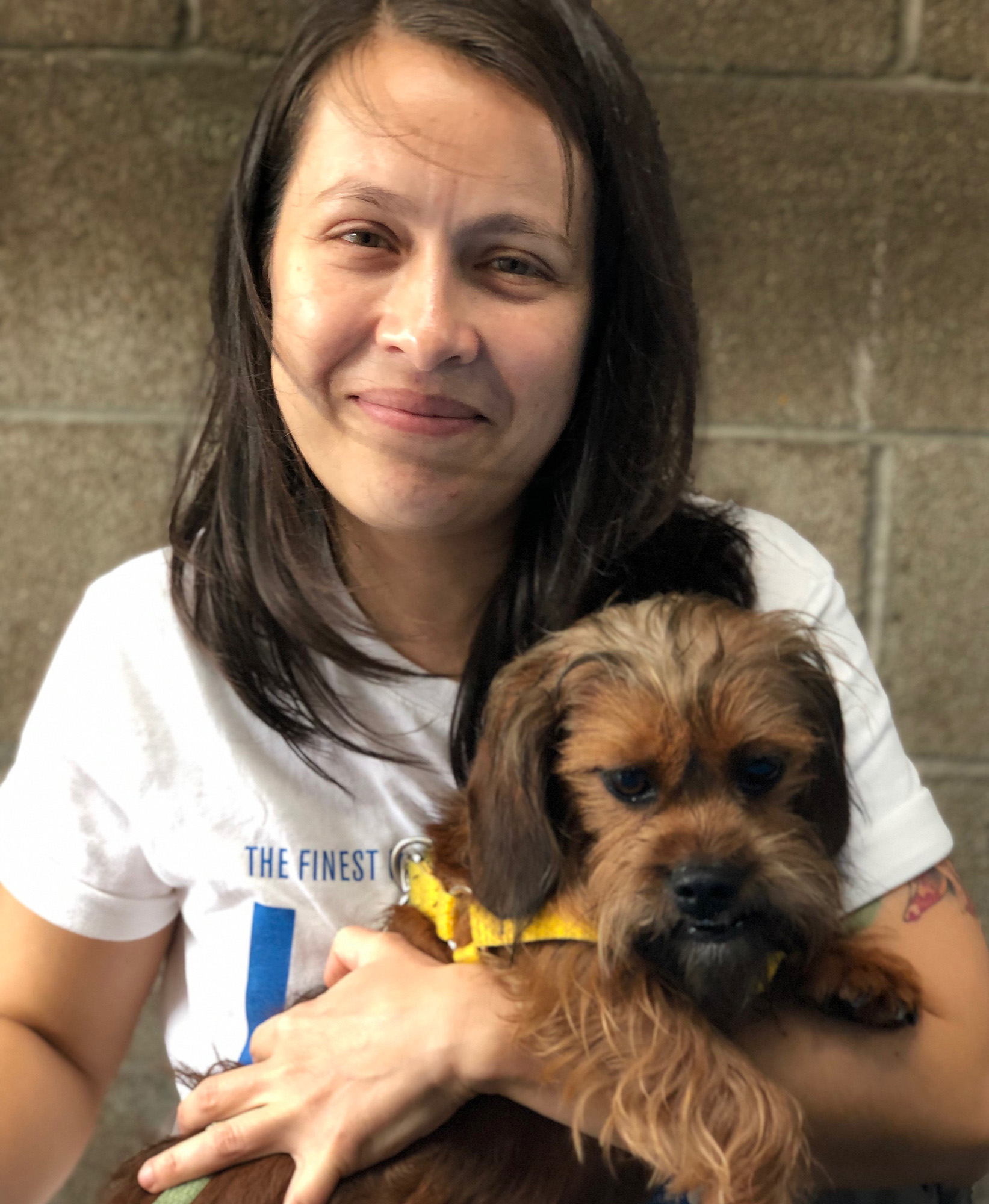 Being Ngöbe is a wide-ranging, ever-changing experience.

The primary requirement for a person to be considered Ngöbe is that his or her parents identify themselves as Ngöbe. Other conditions that enrich this identity, but do not determine it, can be speaking the Ngöbe language, living in an indigenous Ngöbe territory, and wearing indigenous clothing (dresses for women, designs on the shirt for men).

But the experience of being Ngöbe is a complex one, made up by numerous cultural, social, economic and political factors.

I gained my knowledge of the contemporary Ngöbe experience through an ethnographic study I carried out during 2015-2016 in an indigenous Ngöbe community in a border canton in southern Costa Rica. I lived in the indigenous territory for nine months so I could learn about the realities of this population and interact with various communities in their daily experiences. This allowed me to talk with men and women in the community about what it means to be Ngöbe, how this experience has transformed over the years, and their view of the future.

These groups make up 2.4% of the country’s total population, according to the 2011 census of the National Institute of Statistics and Census (INEC). Although this is a small percentage compared to other countries in the region such as Guatemala and Mexico, it represents a diverse population that lives throughout the country.

The Ngöbe in Costa Rica

The Ngöbe population is located in four cantons, three of which are on the border between Costa Rica and Panama on the Pacific side of the country. According to archaeological information and historical accounts from the colonial era, the Ngöbe population lived in the northern region of Panama and southern Costa Rica. This population moved amongst and interacting with populations on both the Pacific and Atlantic coasts. Even for a few decades after the formation of the Republic of Costa Rica, these populations moved freely across the border; this was a territory with very little state presence, and there was little to prevent the free transit of these populations. Therefore, although the Ngöbe indigenous territory is currently divided by the border between Costa Rica and Panama, this division was not formalized until the 20th century.

Costa Rica’s Ngöbe population lives in five indigenous territories (Conte Burica, Abrojo Montezuma, Altos de San Antonio, La Casona, and Alto Laguna), and is not exempt from the problem of land ownership. Other conditions of inequity that the population faces are poor road conditions or lack of adequate road infrastructure, a lack of aqueducts for drinking water, and limited electricity, phone and internet connection. Indigenous Ngöbe communities face varying levels of isolation and, in some cases, multiple dangers when moving around—for example, rivers that are dangerous to cross on foot, wild animals such as poisonous snakes, and others.

The experiences and desires of this population are not homogeneous, of course. Diverse opinions and visions abound regarding what Ngöbe culture is and what it should be. Confrontation even springs up around some issues. This is even more complex when we think about the differences between indigenous territories, and even more so if we consider that the Ngöbe population inhabits spaces within the country that are outside these territories (in the southern Atlantic area of ​​Costa Rica, for example), and that this ethnic group has a wide presence in Panama.

Experiences of the Ngöbe culture

During my conversations with people in the community where I lived, some older women recalled their childhoods with mixed feelings. On the one hand, their childhood was characterized by a close relationship with the nature that surrounded them and little contact with the non-indigenous experiences that took place just 8 kilometers away. On the other hand, these women also recognize the difficulties they faced due to their gender and appreciate the benefits that come with better access to education and health services—especially those that allow them to plan their families.

These women remember growing up in traditionally built homes which offered ample space for extended families. These houses had a cooking space made up of three rocks on the floor. The families were self-sufficient since they grew plantains, bananas, cacao, corn, rice, and beans, and hunted and fished in the surrounding areas. Chicha—a traditional fermented drink—was a part of the daily diet, sweetened with ripe bananas. Cacao was consumed as a drink, accompanied by characteristic stories from Ngöbe culture. Rice was processed manually, and the rice, bean, and corn crops were harvested at different stages of production, whether the grain was “tender” and green, ripe, or dried.

The Ngöbe indigenous community where I lived is divided into sections according to family relationships. Houses are located some 100-200 meters apart. Most areas use artisanal aqueducts to supply the houses with water from the nearest source; this makes household chores easier and avoids transporting water, gallon by gallon, from the river. However, this population continues to have a special relationship with the river, holding activities on its banks that range from entertainment to fishing and meetings. This is characteristic of the close link between community and nature and its manifestations in daily life.

The population conserves some of its traditional farming and culinary preparation practices. However, sowing is determined by access to seeds and land. In some cases, due to the unpredictable weather conditions caused by global warming, the population loses a good part of the harvest—and with it, the seed for the next year. This has affected the planting of beans, which is of great importance, since it not only provides grains for self-consumption, but also allows populations to sell part of the harvest to buy other important products.

Ngöbe people have been buying goods for several decades: some older women in the community can remember their families buying oil, sugar and salt. They point out, however, that today, a big increase in dependence on products purchased in the city has generated greater dependence on the monetary economy.

Rice, coffee—which has come to replace cacao—and canned products are purchased for daily consumption, as well as, in some cases, eggs, chicken and cold cuts. Some Ngöbe buy corn to feed chickens that provide eggs; on special occasions, the meat of the chicken is consumed.

The principal paid activity for male Ngöbe today is agricultural work. They generally work on nearby farms cleaning, planting and harvesting crops, as well as raise cattle. Another important seasonal activity is the coffee harvest in the Coto Brus and Los Santos regions. This activity is carried out by both men and women; in many cases they migrate temporarily as a family, like the Ngöbe population of Panama.

More and more Ngöbe indigenous people are working in public institutions, such as the elementary and high schools of the Ministry of Education that are located in their own territories, and other public institutions that have begun to employ Ngöbe university graduates. Others find domestic work or jobs in the service sector.

When a Ngöbe couple begins their family life, tradition dictates a patrilocal residence choice: in other words, the woman moves from the home of her parents to that of her partner’s parents. This has been changing, however, at least in the case of the community where I lived. There, more and more young women remain in their own parents’’ home. This practice of daughters staying near their family’s home has been promoted by local indigenous organizations, who, in managing the construction of social aid housing, have encouraged young women to settle on land close to their relatives to ensure that the houses remain in the hands of the young women in the event of a possible separation.

Today, Ngöbe men and women make increasing use of family planning, but this does not diminish the desire to have children at some point in their lives.

Particularly for Ngöbe women, motherhood is an experience of great importance that places them in a higher social position. It affects their personal decision-making and active political participation within their community.

Ngöbe children occupy a very significant place in the community. One of the many reasons for this status is the children’s future role in conserving and defending the territory and cultural practices. Therefore, in the Ngöbe context, childcare is an essential task, usually assigned to their mothers. In the community I observed, this task may also be entrusted to another woman, usually one who is related to the mother through the maternal line.

My experience in the Ngöbe community showed me that childhood is respected as a time to explore, experiment and learn freely; they are rarely punished. Once they are adolescents, these children acquire responsibilities associated with household chores and their duties as part of the community.

The cultural, social, economic and political transformations that this population has experienced have been caused by complex factors. One is greater access to education, not only at the elementary level, but also at the secondary and post-secondary level. Another is training programs that have taught indigenous women about their rights; as a result of this training, some women have chosen to support their daughters’ separation from their partners when they experience domestic violence, and in some cases, to actively encourage their daughters to take such action. Likewise, social assistance programs, which regularly prioritize support for women, have motivated many of them to separate from partners who do not provide steady economic support for the home.

Some Ngöbe men and women have been delaying formal unions and childbearing. In most cases, this is due to the desire to obtain a university education and to develop professionally.

During the time that I lived in a Ngöbe community, I had many conversations with both adolescents and adults who expressed their desire to access opportunities that have historically been out of reach for this community. These experiences include not only secondary and university education, but also access to other worlds through technology and even through travel. This desire demonstrates the scope of globalization and its impact on culturally diverse contexts.

These yearnings for greater connection and access are not alien to other people in Costa Rica, indigenous and non-indigenous alike. What does seem to differentiate this Ngöbe population, and possibly also other indigenous populations in the country, is their desire to achieve these experiences without losing their connection with their territory and their culture. These connections are made manifest in the land, the language, the recovery of traditional medicine and culinary practices, and the making and use of traditional clothing. The Ngöbe indigenous population carries out these and other activities on a daily basis and both inside and outside its territory. These activities are not only cultural practices associated with their Ngöbe identity, but also political acts to protect their heritage in the midst of social, economic and political forces that undermine this lifestyle.