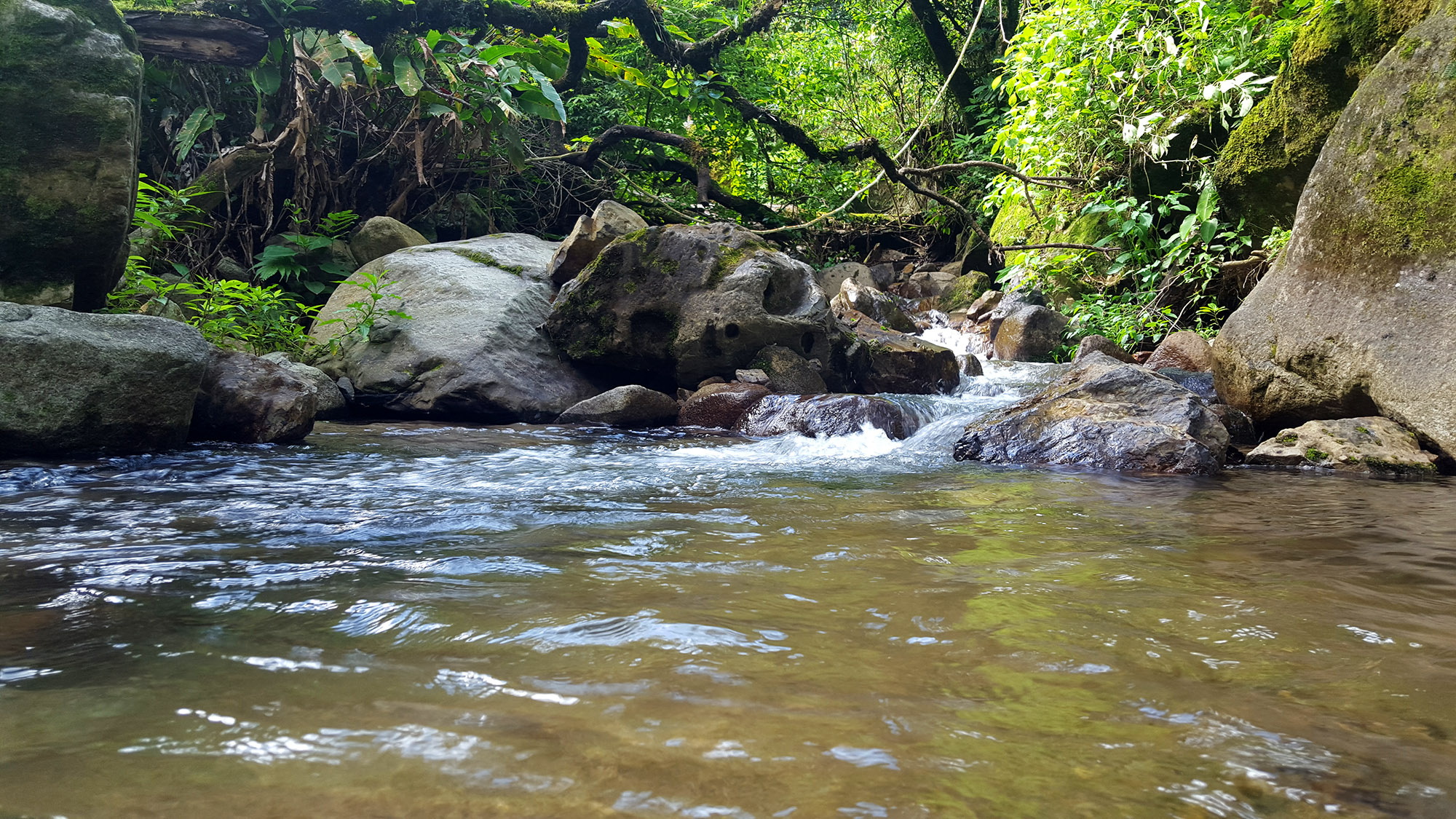 For the love of water

It’s a miracle that rivers exist at all.

That’s what don Hernán Ramírez Alfaro has to say, with the song of running water behind his voice. There’s water all over the globe, he says, but isn’t it amazing how water manages to make its way down from the highest points? How underground streams and rainwater manage to create those rivers? In these structures made in the earth like little roads, they descend. They cross virtually every country, every territory.

Don Hernán’s particular heart tends to stick to two little roads in particular: the Tabarcia and Negro Rivers, which together form the Nacientes Palmichal River Basin, in a rural area about 50 minutes southeast of San José. Their banks are full of vegetation that’s extremely diverse, since the rivers descend from 2,200 to 600 meters. They’re dazzling, full of black stones and sand so shiny that the riverbed seems filled with gold. “And their song is a special one. It conveys happiness, peace, life. The river brings life it.” That’s how he puts it.

Love for these rivers is something he shares with his neighbors. Thirty years ago, 15 of them came together to protect the basin and promote environmental education. From that desire: the Environmental School. From the School, the need for a place to stay and relax: the Rural Lodge. From the Lodge, the need to eat good food: restaurant services sprang up.

The rivers? A miracle, like a 30-year love. Love with doors wide open so that more people can come to know this resource, just as important as thousands of others around the world—but with a song that can only be found right here.

Text by Katherine Stanley Obando, based on the words of don Hernán Ramírez Alfaro, manager of Nacientes Palmichal. Learn more about this initiative here. Our weekly Media Naranja series captures short love stories with a Costa Rican twist. In our April edition, “The Trailblazers,” we’ve focused on piliot members of our national rural tourism platform, Directory 506, and their love for the land, air, water, and fire.

Here’s to the mask-makers