Tourism in indigenous communities in Costa Rica: Maleku and Ngöbe

Tee de, tede, tede. Tee de, tede, tede. A chestnut-billed toucan sings with all its might in the forest while Mariano Marquinez Montezuma records the answers to my questions on his cell phone. Mariano, an indigenous Ngöbe man, is in the heart of the Osa Peninsula, and he is telling me about tourism in his indigenous territory.

“People sometimes come to see beauty,” he says. “By ‘beauty’ I mean a place made entirely of cement, a beautiful place with ceramics. Mine is a poor place, a rustic place. There are no luxuries… it’s not like the beach where there are luxury things, internet, cars, planes.

“What we do have is natural wealth,” says Mariano as the toucan continues its song in the background. “We have our languages, we have our customs, our culture, our tradition, our history. That is the wealth we have. That is what I offer to the client who visits me. I have nothing else to invent. I have my own knowledge that I learned from my ancestors.”

The Ngöbe community is the third largest indigenous group in Costa Rica. They have five territories; of these, the Osa territory has the smallest population, according to the Institute of Statistics and Census (INEC).

The Maleku indigenous community has only one territory, Guatuso, and is the smallest indigenous group in Costa Rica with just over 1,400 people who identify themselves as such, according to INEC. Hiqui Morera Castro, community leader and indigenous tourism entrepreneur in Guatuso, says that 650 people at most live in the three communities, or palenques.

Let’s take a look at these two indigenous peoples and their tourist offerings.

“It is important to clarify that everything I share with clients are stories,” says Mariano. “The community no longer makes a living from [these traditions]. It’s unfortunate, but it’s the truth. If I say that I practice [what I show you] in my daily life, I am lying. I speak of past stories. I tell them what I experienced in my childhood with my father, my grandmother, my family.”

Mariano is one of the few Ngöbe who offer tourist services; his project is called Aguas Ricas Lodge Tour Cultural. He says he prefers not to speak about the enterprises of the other three or four people who also operate tourism activities in the Osa Indigenous Territory, and an online search does not allow me to find any reference. What is easier to find is the
supply of Ngöbe-Buglé handicrafts characterized by the traditional clothing of the women of this group—a culture that transcends the border between Panama and Costa Rica, since the Ngöbe-Buglé people are an ethnic group that belongs to both countries.

“If clients arrive, we show them how people did the ceremonies to receive visitors,” says Mariano. “I sell my lived experience. Some things are still done, but are no longer strong. We talk about customs and present the history of the territory: how is it organized? We talk about Corcovado National Park. Then we go for a walk, which has a variety of things to share: medicinal plants, natural foods, whatever is on the trail. We stack rice in a pilon. We grind corn on stone, as it was done before. We give them a short language lesson.”

Mariano says that on his tour, visitors learn abou catching evil spirits in the traditional way—and about the current reality of his people, who face a loss of culture and territory.

“Land ownership is a problem at the national level in all indigenous territories,” he says. “It is something that has become routine, ordinary, because the State has not recovered any lands. Rather, there has been an invasion.”

In each indigenous territory there is a school that, by law, offers language and culture classes. According to Mariano, the four hours a week of classes are insufficient: “I have always described it as a joke. They are not really learning.”

Another problem that he sees is that teachers are not hired in a way that ensures that they are committed to their culture. He also says that students’ progress in these subjects is not subject to rigorous evaluation, which makes him think that it is not a priority.

“There has been no pressure on the children to invest effort in truly speaking and writing [the Gnöbe language]. If they have a low score [in that subject], they should not pass the grade,” he says. “That should be so, but it is the opposite. There are few of us who still speak it.”

That’s why, for Marian,o there is nothing that gives him more energy than an inquisitive tourist.

“That motivates me. I love it when people ask me questions,” he says. “You see that customers are interested. When they ask me things, it motivates me.”

Hiqui Morera Castro is the daughter of the jaguar. That was her father’s name in the Maleku language— Tafa, or “jaguar spirit”—so she decided to name her indigenous enterprise Rancho Maleku Tafa Urijif, o Rancho Maleku La Hija del Jaguar.

According to Hiqui, entrepreneurship in the Guatuso Indigenous Territory began when her father, who was a well-known actor in Costa Rica, followed the advice of a friend.

“A Channel 7 producer told him once, ‘Tafa, if there are so many people who want to meet you, why don’t you do something like excursions? People go there to meet you, you offer your plants medicines and their culture?’” she remembers. “Well, the idea sounded very nice to my dad, and that’s how tourism started here in the area.”

Today, there are approximately 18 tourism enterprises in the territory. This has allowed the territory to build an economic value chain that benefits not only the entrepreneurs, but also many others that are employed within the different projects. Some of them are: Reserva Indíngena Maleku, Centro turístico Croku Y Ú, Asociación de Desarrollo Maleku, Territorio Indígena Maleku-Rancho Tojijifuru, Artesanía Indígena Maleku Chiquijuejueba, Tour Cultural Maleku Caroqui Ú, Maleku Indian Reserve Costa Rica, Artesania Maleku Massuruk, and Turismo Indígena Maleku Tuina Fueja.

“I can tell you that there was an incredible change in our community after tourism,” says Hiqui. “Many families began to worry about continuing to maintain their culture. Some people who didn’t really care about their culture, returned to their culture because they saw that there was also a job opportunity from it. Crafts began to be made, not only for home use, but also as souvenirs. All of that helped the community a great deal.”

“The history of our ancestors was really hard,” says Hiqui. “One of the reasons why we are the smallest group in Costa Rica is because of a confrontation that took place in 1860 against the Nicaraguans, where many Malekus lost their lives. Some were taken to Nicaragua as slaves. From then on, there was a very drastic change of life, because a lot of territory was lost. The amount of territory that is in the hands of the Maleku people today is very small. They are trying to recover those [lost] territories.”

According to Hiqui, the challenges that the Maleku people are experiencing are similar to those that Mariano and all of our interviewees for this series on indigenous tourism have mentioned: “One of the main problems that exists in the community are vices. It is one of the problems everywhere, and we have escaped. We have had to work together in the community to try to eradicate this type of situation as much as possible.

“At the local level, one of the problems we have is that there are families that do not have land where they can grow crops. They only have where their houses are built. That’s why they are fighting to recover more territory,” she adds. Hiqui says that this fight has been difficult, especially because the warrior personality of the Maleku has led them to clashes with non- indigenous people who have appropriated their territory. “This has led to a lot of tension within the community.”

But she sees many other similarities between indigenous peoples, beyond their struggles.

“One thing that makes us similar is the respect for Mother Earth, the respect for our creator Tocu. Just as the Bribris speak of Sibú, for us, [Tocu] is the main entity that formed the earth and the things that are on our planet”, says Hiqui, who also speaks with great passion about the protection of the environment and the recovery of the forests that have been leveled in the hands of non-indigenous people.

“One of the things we do is try to think about reforestation, trying to rescue our forests,” she says. “We believe that one of the main things for us to stay alive is to take care of our Mother Earth.” 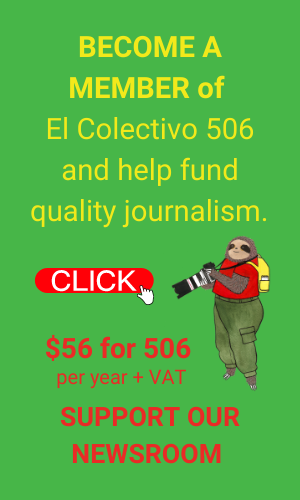 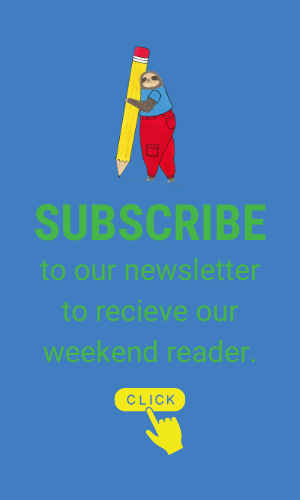