Cancer in a pandemic, at age 20: a new opportunity every day 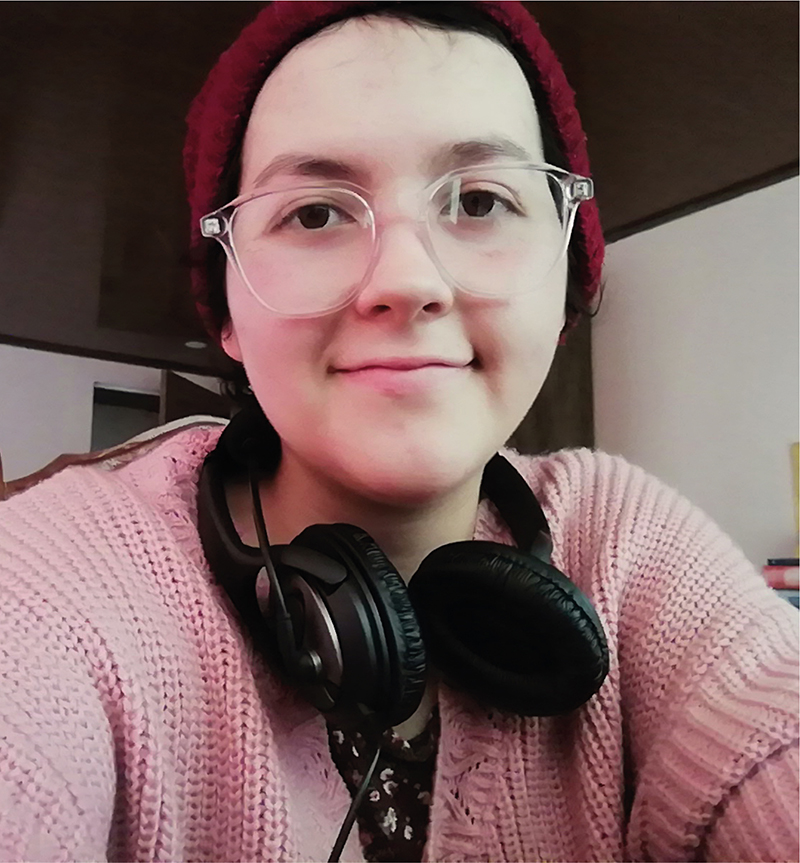 No one—including me—would have believed that abdominal pain 30 minutes after lunch meant cancer. I wasn’t scared. “Must have been the food,” I thought. So what if I had been feeling tired? Yes, I had felt less energetic for a while, less motivated to do my daily activities. I thought I was just tired of my routine, but that wasn’t it.

The pain continued for several days. I went to the emergency room: they said it looked like indigestion, and they sent me home. However, the pain and constipation continued. “Doctor, can you order a blood test? I think she has anemia,” my mother suggested at a second appointment.

The results of the blood count came in. They weren’t good. The doctor recommended that I seek a specialist.

“You have leukemia,” the specialist said.

At that moment, everything stopped for me. I realized that my sister and I were crying; we couldn’t even articulate words or answer questions. It was cancer, cancer at age 20. “We must start treatment as soon as possible,” continued the doctor.

In my head, it sounded like a story out of a novel. If they had given me that news a few months earlier, I would not have believed it. I had always been a healthy person, and had hardly ever visited a hospital; it was just a stomachache. Cancer, for me, was a disease for older adults. I was only 20 years old. I was just beginning to live.

One of the columns that kept me standing up to face the diagnosis was my family. They were all optimistic and trying to support me in their own way. My mother was like an angel sent by God: helping with everything, preparing special dishes, soups, smoothies to raise my defenses. If you ask me, I think that’s one of the advantages of being a cancer patient when I was young. I had a mother to take care of me and support me in this difficult situation.

Sometimes I was afraid, but I think that having a positive attitude towards the disease is another fundamental pillar when facing cancer. It was also a quality that I learned from other patients who had already managed to overcome the disease. In my case, my values ​​and my religion helped me to accept the news with more calm and optimism. There was nothing to be gained by worrying and thinking negative things; my life was in the hands of God, and being positive helped me cope better with the disease. After all, my life was already a gift. I had to value each day. As was the case before the diagnosis, I did not know how long I was going to live, or when I was going to die.

The first time I went to a chemotherapy session in March 2020, the hospital hallways were deserted. Very few face-to-face appointments were taking place. The chemotherapy service was one of the few that continued to see all of its patients. I imagined it was going to be like those scenes from the movies where patients are bald and look terrible, but when I walked into the room, I was surprised to see that many patients had hair. Most of them were adults over 50, but there were several younger patients in their 40s, 30s, 20s, teens. I even met a 14-year-old patient. Interestingly, there were more women than men, and while many looked tired, others looked like anyone you bump into on the street.

When I started the treatment, the chemo caused a lot of discomfort. Sometimes I lost my appetite or had nausea. I suffered a pleural effusion and had moments of great pain. Little by little, I lost my hair in clumps until I was completely bald; at each new chemotherapy session, the little hairs that had begun to grow fell out again. These cycles disappointed me: I was just beginning to recover, and with the chemo, the discomforts returned.

Due to my condition, I was at high risk for COVID-19 infection. Because my cancer developed in blood cells of the immune system, I had very low defenses, and the chemotherapy caused my blood cell count to remain well below normal, especially within my immune system. The general population’s hygiene and safety measures had to be much stricter in my case. My family and friends could not come to visit me at home to see how I was doing, much less at the hospital, where visits were very restricted. Visitors were only allowed in very special cases, because they represented a high risk for all patients.

In hospital admissions, hematology patients were housed in rooms isolated from the rest. We even ate out of disposable containers to avoid contamination from dishes used by others. Uniforms and bedding were sterile. In addition, the hospital staff had to put on cloth boots and gloves to enter the room: other staff members were not even allowed in to deliver our food. It had to be collected at the door. The hospital stays were difficult. Telephone signal was weak, and contacting my family was a challenge at times. Sometimes I felt lonely.

But I met amazing people. Many were young people with cancer, like me. There were people who went through intensive care and were on the verge of death, who were assured that they only had a few days to live—and yet, here they were. They kept fighting, they continued their treatment, and they were doing very well. Others were even close to finishing it. I also met people who seemed to be out of treatment options, but that did not erase their smile and good humor. These were inspiring stories of great courage.

Once, I was hospitalized with a girl who was the same age as me. She had been hospitalized for two weeks, and they were doing several tests because they did not know exactly what she had. She told me that she had a lot of abdominal pain, like me at the beginning, and that standing up made her dizzy. They performed several different tests every day. She said that she wanted to be able to go home with her family; I told her to stay calm, and that surely she would be able to leave soon. It was hard for her to eat. Three days after that conversation, she passed away without being able to begin treatment. Her cancer had already metastasized to many organs, which is why her diagnosis had been difficult.

A friend from college had also died a few months earlier, after his cancer reappeared. A Facebook group for leukemia patients frequently featured a post about a young person or child who had lost the battle. All of that brought fear into my mind. These cases made death feel much more real and close at hand.

At the hospital I met many other angels: nurses, patient assistants, food delivery personnel, cleaning personnel, doctors and ambulance transporters who made my hospital stays and transfers seem joyful. I felt special. The hospital started to become my second home.

Another important source of support were my friends, classmates, and people from the community who were there to provide help and encouragement, and pray for my recovery. If someone asked me how they can help a loved one who has cancer, I would say that the first step is to accept the situation and be there for that person. Make them feel loved. Listen to them, accompany them, and be aware of their needs. I believe that the support of all those people and their prayers have really helped me to recover and stay on my feet in the battle. That’s why I think cancer foundations such as Proyecto Daniel are so valuable in this battle.

Over these last two years, I’ve learned that taking care of my health should be a priority. It’s so important to pay attention to the signals of the body, and to begin self-care, healthy eating and exercise from a young age. I’ve learned that cancer is not synonymous with death, but neither is it a disease for older people. It affects people of all ages, so it is important to have frequent medical checkups and blood tests.

Cancer taught me to value the really important things and to worry less about the things that don’t; to love my life; to be more grateful for everything I already have.