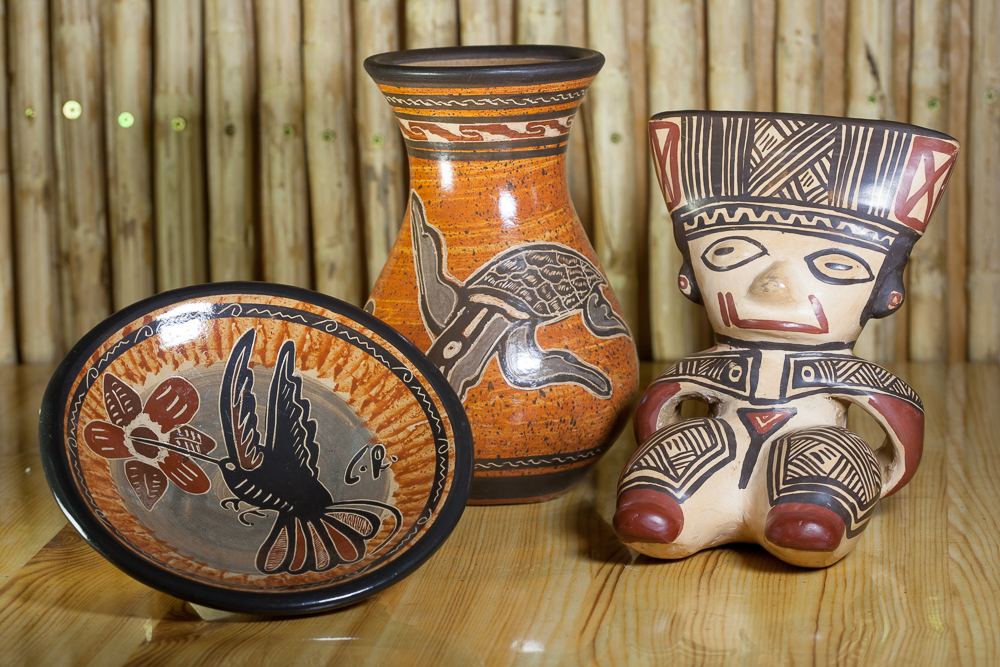 Whether you’re here on a short business trip or a long backpacking adventure, or you live here… you may want to bring home something authentically Costa Rica. Some of the most original souvenirs are those made by the country’s indigenous peoples, and they aren’t hard to find – if you know where to look.

Although the nation’s eight indigenous groups represent just 1.1 percent of the population and live in 24 far-flung territories, their handicrafts can be found right in downtown San José at store and museum Chietón Morén (which means “a fair deal”), on the pedestrian road that connects the National Museum with the Court Buildings. You can also buy at their online store.

To help you navigate the museum, here’s a handy guide to Costa Rica’s indigenous and their creations.

This is the only indigenous group and territory that is located in the Central Valley, in the area called Puriscal. This group once reigned over the entire valley. They lost their traditional language many years ago, but they preserve and are well known for their wickerwork, producing mostly baskets, but also beautiful hats and decorative baskets that are perfect for the home.

This group lives in isolated areas at the heart of the Talamanca mountain range, where its traditions and two-dialect language are well preserved. Their religious practices are lead by the Awá, the expert on rituals and medicinal plants. The Bribri’s crafts are mostly composed of natural fibers they use to make bags and baskets, and also they work on wood and jícaro (a calabash tree).

Also living in the Talamanca mountain range, the Cabecars still depend on the forest to build homes and provide medicine. They are the most isolated of any of Costa Rica’s indigenous, and as a result, their language (with three dialects) is well preserved. This indigenous group makes special animal figurines with a natural fiber called mastate, which comes from the bark of a tree.

These people have lost most of their language and many of their traditions, but the Brunca communities on the southern Pacific coast have made an effort to preserve some of their celebrations and crafts. Their tribe is well known for making masks that play a central role in their traditional Little Devils celebration each year, representing an ancestral battle against the Spanish. The Brunca are also known for weaving, which they still do by hand with traditional looms.

This indigenous group lives near the border between Costa Rica and Panama. It is the largest indigenous population of the area, and in the majority of their territories the language and traditions are alive and well. Many Panamanian Ngöbes migrate to Costa Rica during the coffee-harvesting season to work for big farms around the Talamanca mountain range. They are very well known for colorful dresses handmade by the woman; they also create dolls, dresses, pillowcases and stuffed chickens, peacocks and jaguars.

This tribe is also known as the Térraba because they leave around the Grande de Térraba river of Costa Rica’s southern Pacific coast. Like the Bruncas, the Teribe have lost nearly all of their traditions due to colonization. With the help of relatives from Panama, (the Naso), this group has reclaimed an artistic heritage involving the jícaro (a calabash tree). They also use nativethe seeds to create beautiful jewelry.

This group lives on the Nicoya peninsula, in the province of Guanacaste. Their culture and much of their population was wiped out by the Spanish long ago, but today their main form of expression is pottery. The Chorotega still use a traditional mixture of clay and iguana sand (the sand in which iguanas lay their eggs). The pottery is painted only with natural black, white and brown dyes, and any other colors that can be created by mixing the three.

Also known as Guatusos, this tribe lives in the northern plains of Costa Rica. They are a mixture of Chorotegas and Huetares that ran from the colonization and merged into a new group. They are working hard to preserve their language, culture and religious traditions, along with their art. The Maleku are amazing craftsmen who work with jicaro.

To learn more and see the goods, visit the store and museum Chietón Morén, a non-profit run by the craftsmen and women from the indigenous communities. The store can be found online at www.chietonmoren.org.

An inheritance of flavor: family recipes in Costa Rica