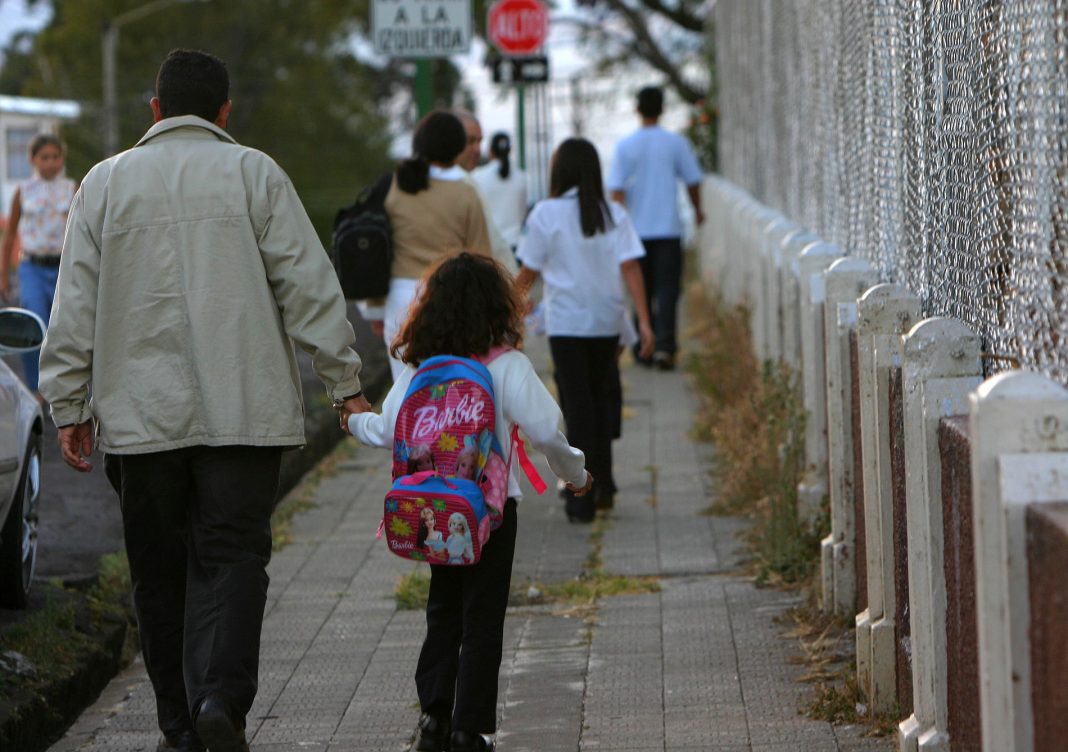 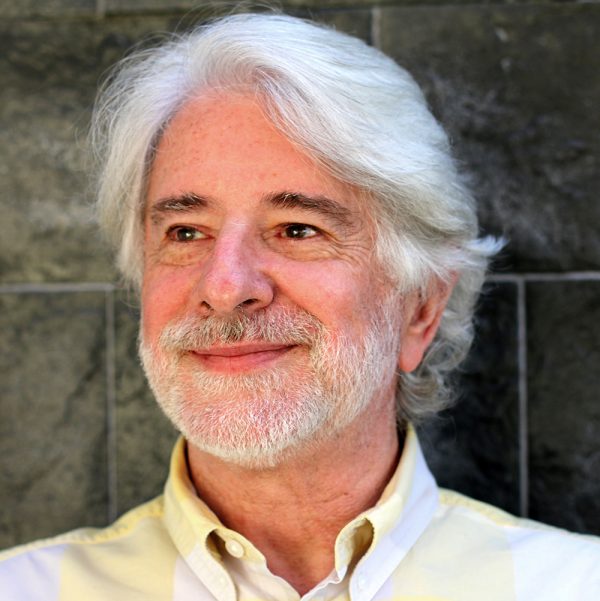 Why is our March edition, focused on pandemic education in Costa Rica, called “Lessons Learned”? Because as journalists who seek to practice solutions journalism, we want to explore the difficulties and injustices of the present, but also lessons this crisis might leave behind that could improve our schools in the future. For our 2006 education series that inspired this edition, we interviewed then-Public Education Minister Leonardo Garnier, who just weeks before had assumed the post he would hold for the next eight years. Now, we’ve turned back to don Leonardo to ask him how he views the current situation.

Forty years later, Costa Rica is still paying for the terrible impact that the 1980s economic crisis had on our education system. It cannot happen again. To avoid that fate, we must start by learning from history.

The educational impact of the 1980s crisis

During the 1960s and 1970s, Costa Rica made an enormous effort to increase the coverage of its educational system. The reality before this push was dire: at the end of the 1950s, only 17% of young people attended high school in Costa Rica. That’s not even one in five. By increasing educational investment, opening schools, and creating many teaching positions, Costa Rica managed to raise this coverage to 60% by 1980, which, although it was still low, reflected the magnitude of the effort and had a great social and economic impact.

This progress was unexpectedly interrupted by the economic crisis: production fell, unemployment and inflation soared, poverty doubled, and government revenues fell. This led to spending cuts, including investment in education. The cuts had a brutal impact on educational coverage, which fell by ten points between 1979 and 1982. It was not only brutal, but also lasting. Although the economy began to recover in 1983, investment and educational coverage lagged: not until the year 2000 that Costa Rica was able to regain the 60% educational coverage it had in 1979.

The consequences were dramatic. For twenty years—between 1980 and 2000—only half of Costa Rican youth reached high school. The other half were left with only primary education, incomplete in some cases. When we ask ourselves why, in the Costa Rica of the 21st century, it has been so difficult for us to reduce poverty, or why inequality has risen so dangerously, we should always look back at this educational tragedy. If half of the youth of those years did not go to school, that means that no less than half of our workforce today has barely completed primary education. Educationally and productively, they are a lost generation. We condemned them to poverty.

It was only in the 21st century that Costa Rica managed to begin to reverse this educational exclusion. Thanks to a significant increase in educational investment, the opening of a large number of schools— especially in rural areas—and a corresponding increase in teaching positions, gross coverage in secondary school rose again, from 60% in 2000 to 98% in 2018. This made it possible to significantly reduce educational equity gaps. First, the urban-rural gap narrowed. By 2003, the educational attainment of young people living in rural areas was 30% lower than those living in urban areas; that gap was reduced to 5% in 2017. Still more serious was the educational attainment gap between the children of high- and low-income families, which fell from 44% in 2003 to 16% in 2017. Finally, Costa Rica reduced the educational attainment gap between families—the most severe and difficult to combat—which fell from an alarming 68% in 2003 to 21% in 2017.

However, important as these advances may be, we know that they are still partial and insufficient: our educational system continues to show internal inequalities and faces the difficult challenge of improving educational quality and learning achievements. To this end, the country has been implementing far-reaching curricular reforms, and facing the critical problem of consolidating the quality of initial teacher training. Just at that point, as a result of the pandemic, we were faced with a new educational crisis.

The impact of the pandemic on education

Today, as in 1980, the primary risk of the pandemic is that our educational gaps will widen again: that coverage will fall, that many young people will be forced to drop out of school, that the country will repeat the educational tragedy of 40 years ago and educational inequalities will be triggered once more.

During the first months of 2020, education came to a standstill. As the months passed, the educational system began to react. This reaction took place on the scale of the entire system, and of individual schools and their teachers, as well as students and their families. Various distance education tools were used, from incipient educational platforms, to simpler tools such as WhatsApp, photocopies and telephone calls. Unequal access to connectivity and equipment became apparent. The conditions in which students live and can study at home are also very unequal. The Ministry of Public Education continued the distribution of food by the school lunchrooms; promoted a massive effort to train teachers to use remote education tools; and provided equipment and connectivity to many students. The private sector and other public institutions also provided support through radio or televised educational resources.

How can we assess these efforts in the face of the impact of the pandemic? More than that, how can we face the threats and at the same time take advantage of the opportunities that the crisis itself opens up for us in the future?

The first thing we have to recognize is that, as in the rest of the world, the pandemic has caused educational loss. Of that there should be no doubt. A large part of the knowledge that our students had to acquire during the 2020 school year was simply not achieved or was achieved in a very partial way. According to the study “The Economic Impacts of Learning Losses,” by Eric Hanushek and Ludger Woessman, just published by the OECD, little is known about the effectiveness of learning at home for the entire student population and what this means for the development of skills. “However,” they state, “there are indications from various countries that many of the students had very little effective instruction. For a significant proportion of students, learning during school closings appears to have been almost non-existent.” They cite the case of early monitoring through an online application for teaching mathematics in various school districts in the United States, which suggests that learning has suffered a sharp decline during the crisis, especially in schools in low-income areas. In the same sense, evidence in Germany shows that the time that children dedicate to school activities was reduced by half with the pandemic, with 38% of students dedicating no more than two hours a day to study and 74% dedicating less than four hours. On the contrary, these data show that time dedicated to entertainment—watching television or playing with computers or cell phones—increased to more than five hours a day. Our experience in Costa Rica is probably similar.

But the educational impact goes beyond the learning lost during the total or partial closure of schools. There is abundant research that shows that the effects of prolonged suspensions of educational processes go beyond the time period of the suspension itself, since they involve the “forgetting” or lack of practice of the knowledge acquired in previous periods— knowledge that is required to advance to the next level once classes resume. Thus, a student who had finished eighth grade and faced suspended classes or remote teaching in his ninth-grade year, will find when he enters tenth grade that not only his ninth grade knowledge is partial and weak, but also that he has forgotten or lost part of the skills acquired earlier, in eighth grade.

There are risks, but there are also opportunities

If our educational losses have been large in general, the most worrying thing is that, given the serious inequalities that prevail in our society, these educational losses will also be very unequal. The ability of our students to recover from the lag caused by the pandemic will also be unequal. This means that, to begin with, we face the risk of losing an important part of our advances in educational inclusion during the last twenty years, since the pandemic—and its effects on families’ economies—could cause an increase in school dropouts and a drop in educational coverage. This is the first thing we have to avoid. Our government and society will have to use every tool at our disposal—which, fortunately, are much more significant than the tools we had in 1980—to avoid a repeat of the educational tragedy of those years. Today, it is possible to accurately identify which students do not return to school, and take appropriate actions to make it possible for them to rejoin the education system.

Second, the Ministry of Public Education has been developing an educational strategy so that, throughout 2021 and 2022, schools can organize learning processes that recognize the diversity of the educational experiences of their students during the pandemic. This will allow schools to prioritize essential strategic learning, starting from the previous level reached by each student. Additional support is required for particularly vulnerable students so that they can successfully resume their learning pace and avoid their exclusion from our education system.

Finally, like any crisis, this one offers risks accompanied by an enormous opportunity not only to reverse educational losses, but also to take a leap—one that we have long been waiting for, but which we resisted.

Throughout 2020, the pandemic has forced us all—from students and parents to educational authorities, especially teachers—to make use of countless educational resources that already existed, but that we weren’t taking advantage of in any meaningful way. The pandemic forced us to use tools that will not only be useful during the current emergency, but also in the future. As the pandemic subsides, they must become daily instruments of our educational practice.

Classes will never again be solely face-to-face. They will combine in-person teaching and various forms of remote learning in different proportions: for example, using interactive platforms where teachers can delve into certain topics, or where students can work in groups to solve problems or develop innovative learning projects. This opens the door to very diverse interactions. Students will no longer learn only from their classroom teacher. They will be able to interact with many other teachers and work collectively with students from other schools, from other areas and even—why not?— from other countries. There may be abundant access to audiovisual resources such as lessons recorded for television during the pandemic, and many other types, accessible from computers, tablets or cell phones. In short, countless possibilities have opened up not only to recover what we lost during the pandemic, but also to take a leap that closes educational gaps.

But this will not happen automatically. We must identify and overcome the gaps, bottlenecks and weaknesses that could stop this leap forward, a leap that seeks at the same time greater equity and quality in our education. Unlike the crisis of the 1980s, this crisis should help us to consolidate an inclusive and high-quality education system for all.

Nothing is more important.