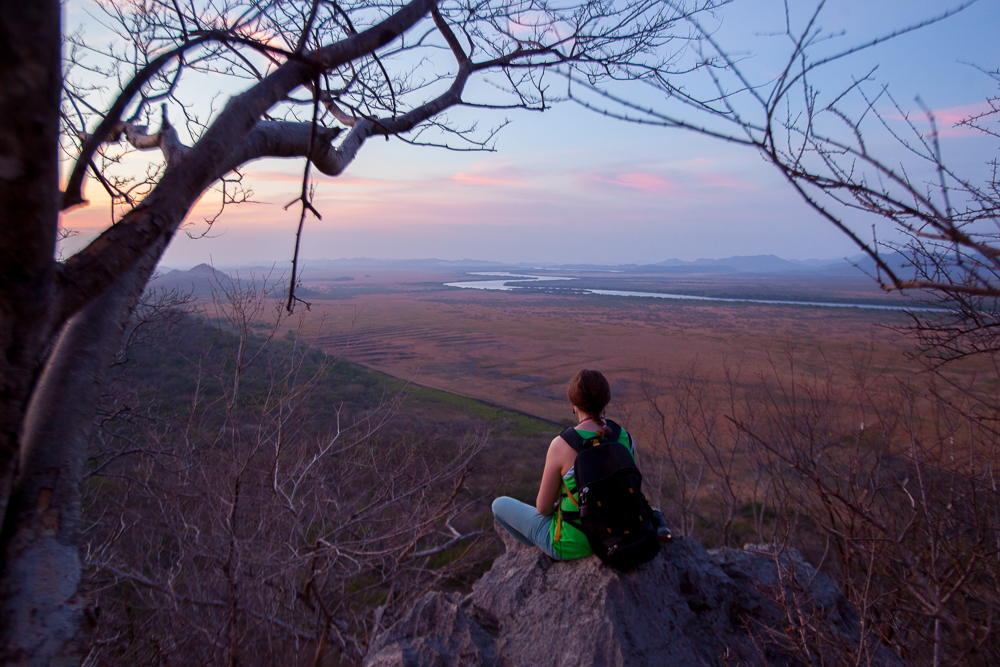 It is five in the afternoon on a hot April day in the dry tropical forest. It is the end of the dry season and that is why water is scarce more than ever. The trees have not yet regenerated the leaves they lost in early summer. The rivers have contracted. The streams have disappeared.

Imitating the thirsty and brownish forest, we sat in silence a few meters from the only source of water. We know that very close to there must be animals that are thirsty and that is why they will slowly approach the source, even if our smell of mosquito repellent and sunscreen reaches them.

The first visitors are the shy Central American guatusas or agoutis. They slowly approach the source, aware of other animals and unnoticed by our presence. A group of white-tailed deer of different sizes then arrive at the headwaters. The smallest deer of all could not with his curiosity, and he approached us as much as he could, perhaps to see if we would play with him.

The most impressive visit was not the two troops of white-faced monkeys, or the coatis troops, or the lone spider monkey, but three tolomucos (or tayra). So many people who want to see a tolomuco, and we were able to see three, not only drinking water but also playing with each other and playing examining us while they surrounded us to reach the source.

Anyone who has had the opportunity to visit Palo Verde National Park at the beginning of the dry season will speak of an abundance of birds, as thousands of individuals of waterfowl stay in the park’s wetlands, including endangered species such as the Galán Sin Ventura or Jabirú, the largest aquatic bird on the continent.

However, we forget that this national park is in the heart of the dry tropical forest of the North Pacific of Costa Rica, and those wetlands each dry season surrender to the powerful sun that evaporates all their content.

Therefore, when thinking of Palo Verde we inevitably have to think of water. And it is precisely this game between the abundance and the absence of water that makes Palo Verde one of the areas with the greatest ecological diversity in the country.

The national park is located between the Bebedero and Tempisque rivers in the canton of Bagaces, Guanacaste. According to the National System of Conservation Area of ​​Costa Rica, Palo Verde is one of the last three remnants of tropical dry forests in Mesoamerica. The more than 19,000 hectares that makeup it enclose more than 13 different habitats, including mangroves, evergreen and deciduous forests, grasslands and fresh and saltwater swamps, limestone rock forest, and secondary forest.

Its trails allow visitors to explore and ascend limestone formations that were once at the bottom of the sea and today are home to dozens of species of bats, mammals such as wild pigs, and typical trees of the dry tropical forest that have managed to grow and survive among the cracks in the rocks.

For any bird lover, Palo Verde is a must-see, not only to see large numbers of waterfowl but colorful species such as the turquoise-browed motmot or the graceful trogon. But we have discovered that for mammal lovers it is also a treasure full of surprises to be revealed.