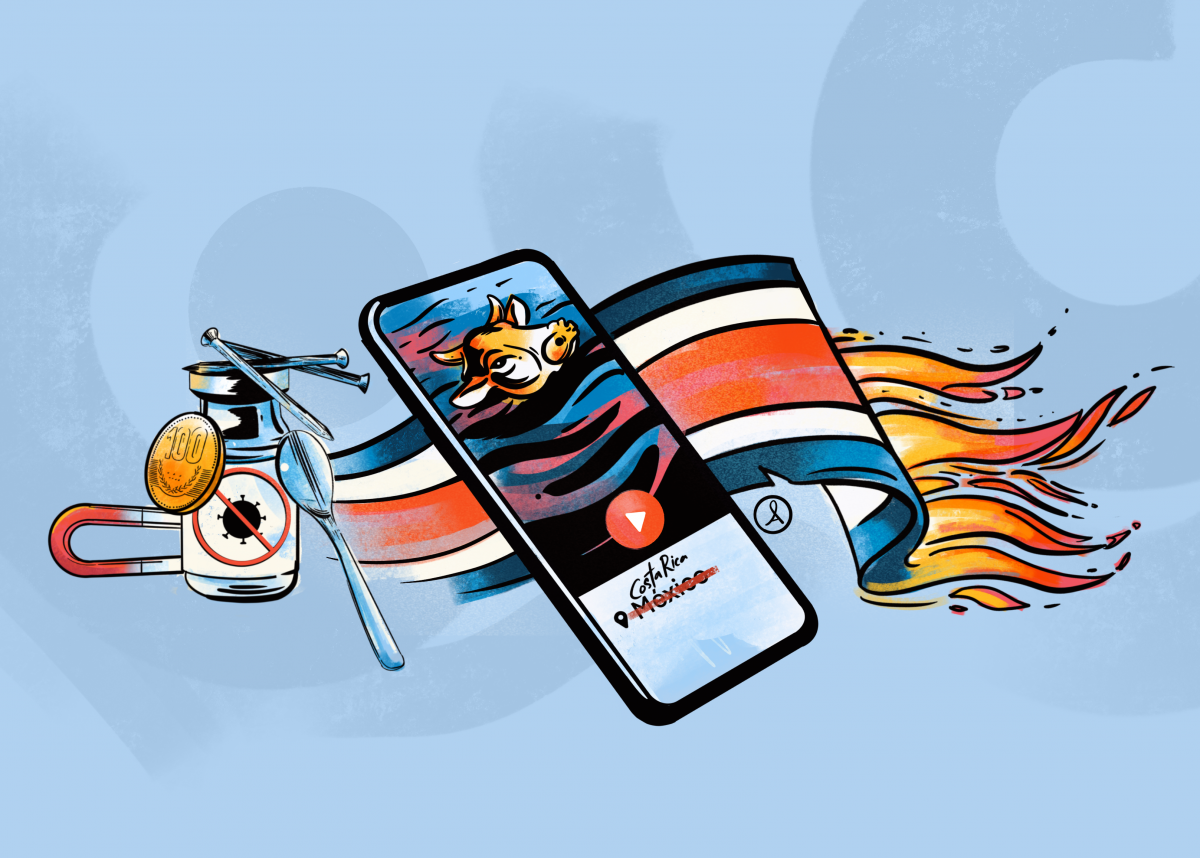 What do fake news look like in Costa Rica?

Have you ever seen it? Where? How did it reach you? What form did it take?

How did you know it wasn’t real?

Misinformation in Costa Rica might take the form of a series of viral videos and messages claiming, for example, that the COVID-19 vaccine causes your arm to become magnetic. It might consist of fake reports that Nicaraguan immigrants are burning Costa Rican flags—reports that helped incite an anti-immigrant rally in San José. It might be images from a flood years before in Mexico, shared in error nationwide by national TV news programs as if it were happening now in Costa Rica.

In September 2021—the month of Independence Day and of Costa Rica’s bicentennial celebrations—we turned our attention at El Colectivo 506 to the health of our democracy, and how disinformation and fake news is causing new symptoms in our society. We prepared for you an edition that explores errors small and huge, lies of all shapes and sizes, and the stories of the people who work day and night to correct, convince, and clarify. In short: this month, we’re shining a light on local media and journalists who want to inform us well and truthfully.

Join us for “Infodemic,” a month behind the scenes of Costa Rican news.

Scroll down for the longform series at the heart of the edition—or click here to check out the full edition, complete with opinion columns and journalists’ love stories for their craft. We are indebted to artist and graphic designer Allan Fonseca, who created the illustrations for “Infodemic.” Learn more about Allan here.

Of presidents and kings