Home Costa Rica Inside Out Where two rivers start, a mission was born 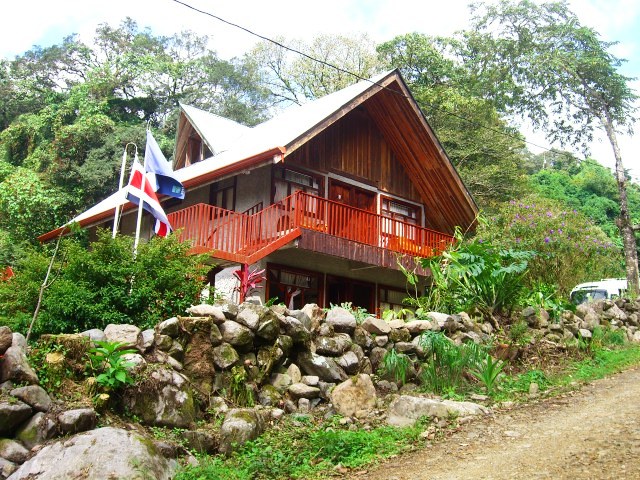 How did a specific concern for the health of two rivers grow into a project that affected multiple communities’ schools and economies, the role of women, and even local and national politics? As part of our April issue, we shared a story about the love for water that motivated residents of Palmichal and its neighboring communities, about 50 minutes southwest of San José, to create Nacientes Palmichal, an environmental education and rural community tourism initiative. Now, Nacientes Palmichal manager Hernán Ramírez Alfaro shares the story behind this three-decade effort in his own words. Here are excerpts from his comments, dictated to El Colectivo 506.

The San José Rural Sustainable Development Association (ADESSARU) got its start in 1991, when residents of the Palmichal and Tabarcia communities saw that the Institute of Aqueducts Sewers (AyA) had begun water catchments from the Negro and Tabarcia Rivers, starting in the mid-1980s, in order to supply water to the communities of Puriscal and Mora. We identified the upper part of the two rivers’ basin as a place where it was very important to develop actions aimed at conservation and protection. We started by organizing an Ecological Week called “Let’s Love Nature,” to change attitudes within our local population in relation to natural resources—there were close to 40,000 inhabitants of those communities at the time—and also to encourage municipal governments and public institutions to join together to conserve and protect.

That’s how we started. During that Ecological Week, we carried out a range of educational activities in sports and culture, and we continued later with topics of organic agriculture and other trainings. It was extremely important for our local population to have direct participation and be responsible for the conservation and protection of the Negro and Tabarcia Rivers. The organization was subsequently legalized in January 1996.

In the years 1996-1998, the organization carried out a project that affected the areas of Acosta, Mora, Puriscal and Turrubares: cleaning rivers and streams by building biodigesters for the production of biogas and compost. This was done with the support of the Ministry of Agriculture and Livestock (MAG) from the canton of Mora, and also with resources from Fundecooperación. In 2001, we obtained national recognition as the best renewable energy project of that period.

A community organization begins without any resources. At the end of the 90s, through a loan made by an associate, we were able to buy half a hectare with a vision: to have an environmental school to be able to encourage positive, friendly, sustainable concepts within the local population and within the national and international population. The Association also had a 42-hectare plot of land that resulted from a negotiation with a coffee mill in Palmichal: the mill donated 42 hectares to the association in pursuit of a solution to the pollution from coffee processing. A project was then presented to the Small Grants Program of the Global Environment Fund, which approved the project in 2001. On June 15, 2001, construction began. The school has a rural inn, restaurant, and an environmental classroom. This project was inaugurated in 2002, and later, as a result of the creation of the Alliance for Community Rural Tourism, the project grew stronger and stronger.

Members of the organization then begin to receive tourism training, along with 30 organizations nationwide, all coordinated by the Costa Rican Tourism Institute (ICT) and the Ministry of Environment and Energy (MINAE). In 2008, Nacientes Palmichal was the first rural tourism inn to receive the Tourism Decree, or Declaratoria Turística, and in 2009, Nacientes Palmichal was chosen as the place where Costa Rica’s President signed the Law for the Promotion of Rural Community Tourism. That law offered recognition for rural community tourism, and an example at the international level. Many countries in Latin America did not have such a law to support their activity. It was the legal boost we needed at that time to become better known, and so that the media could start to give publicity to rural community tourism products.

The creation of the Nacientes Palmichal Rural Tourism Lodge has had significant repercussions at the community level. It also became a center for not only environmental training, but also entrepreneurial training. We began exploring offerings with the National Learning Institute (INA), and people began to think about having their own rural tourism initiatives. All of this began to generate work in the community, especially for women, who began to benefit from tourism dynamics in Palmichal.

There were 22 families who lived on the banks of the Tabarcia River in San Pablo de Palmichal, very close to the water. The Association began to support a pro-housing committee for those 22 families, with very positive results: the families were moved to land coordinated through the National Emergency Commission and with the support of the Housing Mortgage Bank (BANHVI). It was an environmental issue, yes, due to pollution, but more than that, it was a social issue. The houses that were made of inappropriate materials, meeting few of the requirements for a healthy life.

Other contributions have been recycling programs in schools, in the community, and at collection centers; coordination with international university groups, whose students contribute economically to local families when they stay with them; and the creation of a rural tourism track at the Palmichal Vocational High School. Kids there have benefited from language learning and going abroad to study.

The heart of ADESSARU is the conservation and protection of water, but we must also work with the population on issues of education, training, and sustainable production. Part of sustainability is generating alternatives for microenterprises in rural community tourism, because that helps more people participate—in artisan crafts, services, gastronomy. In addition, visitors to Nacientes Palmichal enjoy our natural resources and, when they go, take with them a feeling of responsibility towards the environment, a desire to work for natural balance and respect for the planet. Rural community tourism is a tool that promotes and contributes to real sustainable development.

Nacientes Palmichal has also been visited by organizations that see us as a model. We’ve even watched organizations be created and grow in pursuit of this style of development.

It is important for us that more people hear our story, because it could be replicated in other communities. There is so much to do. There is much to build. And there is also much to enjoy and take advantage of in the world. We must reassess our relationship nature, to water. Projects like these can offer a kind of regeneration for people and groups—for our relationship with nature. For our relationships with ourselves.

Towards political literacy in Costa Rica: the story of ‘Animales Políticos’

A dog’s life, and a worthy one