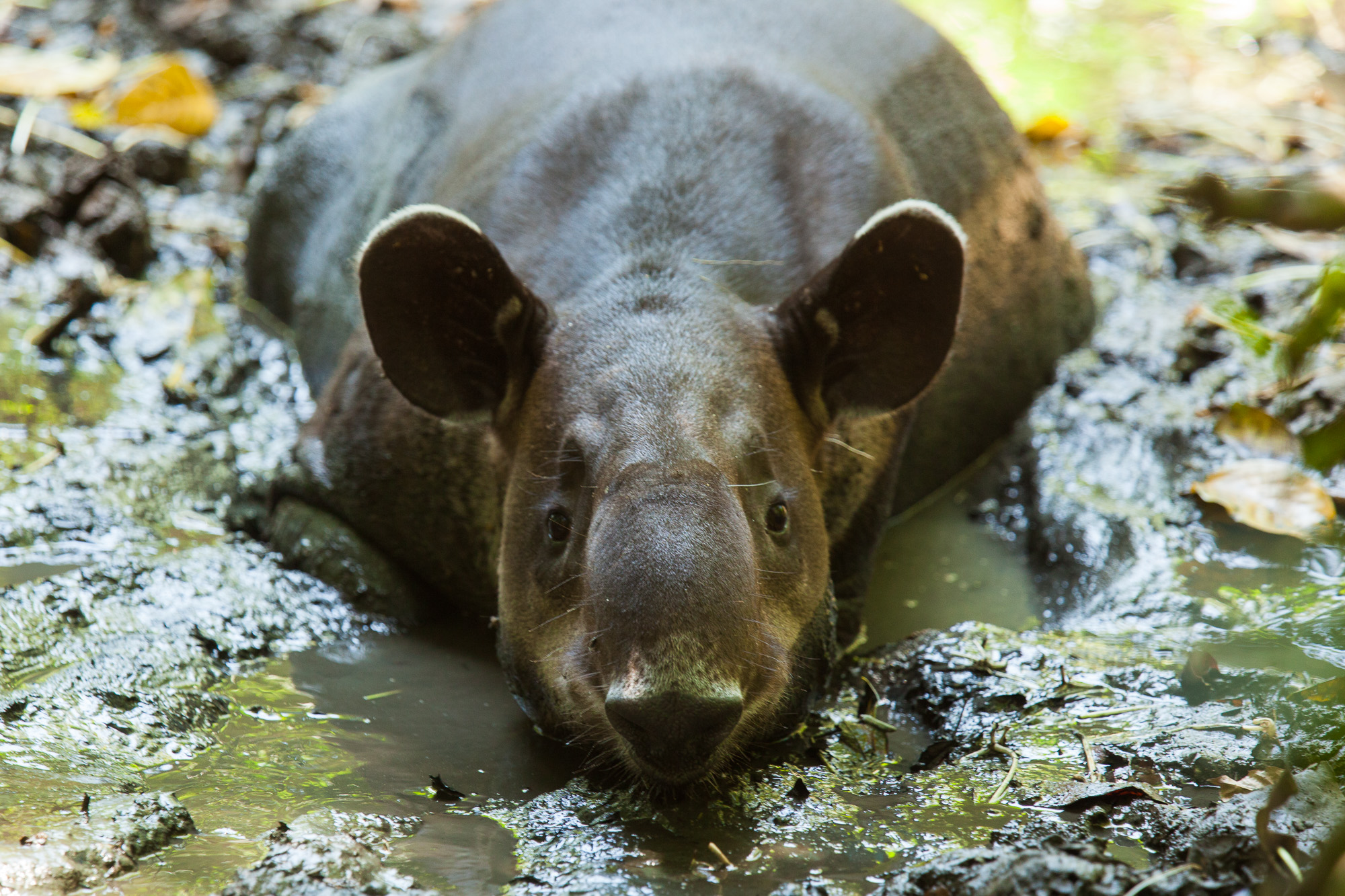 What would Costa Rica be like without rural tourism?

Text by Mónica Quesada Cordero and Katherine Stanley Obando, with additional reporting by Mayela López and Thomas Enderlin. Part Five in our April series on rural community tourism in Costa Rica. Read Part One, “The wisdom that comes from a life on the river,” Part Two, “One step at a time,“ Part Three, “CWhen gold is green,“ and Part Four, “The stones in their shoes.”

What difference does it make when a rural tourism enterprise goes under? What’s one small business, or just a few? We’re finishing our current edition, “The Trailblazers,” with three stories focused on the urgent rescue of the rural tourism sector, suffocating in the face of the continuous challenges of the COVID-19 pandemic. Before we dive in, we want to take a step back to imagine a Costa Rica without this economic activity.

Let’s put it in perspective. According to the Costa Rican Tourism Institute (ICT), 95% of the companies in its promotional portfolio are micro, small and medium-sized enterprises (MiPYME). Not all tourism activities and ventures in Costa Rica are part of the ICT portfolio: to be included, they must have a Tourism Decree or Declaratoria Turística, a voluntary ICT recognition. However, that number gives us at least some idea of the composition of this branch of the economy. To be a MSME, the business must employ 100 or fewer people, which may seem unimportant, but when it comes to thousands of these small businesses, the impact is significant. There are 1,710 MSMEs in the ICT promotional portfolio.

Costa Rica’s rural tourism businesses are in real danger of closure and collapse, a precarious state that cannot be measured effectively with national statistics, but has been clearly and passionately communicated by entrepreneurs in our interviews and interactions throughout the month. They say that while, of course, they have reached this point because of the pandemic, they were suffering from a preexisting condition: requirements, procedures, and loan procedures that are not made for them.

For Luis Diego Madrigal, the reason that these small companies matter so much is because they distribute their income so broadly.

He runs through some of Costa Rica’s other leading industries. “It takes three Costa Rican engineers and about 20 robots to make $5,000 in Intel microchips, which can fit in a shoebox. $5,000 worth of bananas is a container; you need eight carrileros (workers who cut and move the banana bunches) and 30 packers to generate $5,000 in bananas, and the container is much larger than the shoebox. But $5,000 in tourism could reach, depending on where it’s located, 300 people—even if it is a dollar, half a dollar.”

The economic impact of the rural tourism sector goes hand-in-hand with its environmental impact. The people sustained by those $5,000 in Luis Diego’s example normally live in places where the only other option for putting food on the table, other than rural tourism, would be extractive practices: legal or illegal logging, hunting, mining. The transition from a tourist job to extractive practices is so easy, the barrier so tenuous. Therefore, the challenge facing Costa Rica is not just about keeping businesses open, but about keeping intact the environment that people come to see.

Nowhere in Costa Rica has this been more evident during the pandemic than in Drake Bay, a community that serves as a home base for visitors to the world-renowned Corcovado National Park. Rebeca Quirós, president of the Drake Bay Nature Guides Association (AGUINADRA), says that when Costa Rica closed its borders in March 2020 and tourism abruptly ceased in the community, only one month went by — a month in which most families completely lost all income — before extractive practices previously held at bay by tourism to rear their head in Corcovado again.

“Here in my community, there was a case that shocked me deeply,,” explains Rebeca. “Guys who I know were bringing in groups to go hunting in Corcovado, and charging them for it. For me it was a shock. It was terrible…. one night at the end of April, there were already about six motorcycles with men with sacks full of meat in front of my house.”

Entrepreneurs who participated in other stories in this issue provided additional examples of the way in which rural tourism can reduce environmental damage. Juan Cubillo and Rosa Montero, from Caminos de Osa, now host the Gold Tour: they show tourists how they used to extract gold from the mountains of the Osa Peninsula, a practice that can be very harmful to the environment. Álvaro Calderón, owner of the Lapamar tours and lodging and also part of Caminos de Osa, came to Osa in the 1980s to hunt and also to extract gold. In 1986 he discovered tourism and he really liked meeting new people from all over the world. “All these years after I first came to hunt, now I don’t kill anything. Not snakes. I don’t even fish,” he told journalist Mayela López. . “My life changed. Now, when people who want to kill a snake that is not poisonous, I tell them that it is part of the ecosystem.”

The Obando family, in our first story of the month, is another example. More than 30 years ago, they went from deforesting the hills along the Pacuare River to reforesting all the places where they had cut down for crops and livestock. Not only 14 children and parents received income for decades from tourism and conservation, but five of them just started their own business to serve the clientele from the famed tour company Ríos Tropicales, which closed earlier this year.

Brothers Cristian, Michael and Carlos Bonilla own Esquipulas Rainforest Lodge, part of the Camino de Costa Rica coast-to-coast hiking route. The family used to raise cattle, but Cristian told journalist Thomas Enderlin that “climate change has significantly affected the livestock industry. We are highland coffee growers and we saw the potential for tourism and reforestation of the farm.” Now, they have reforested over 100 hectares and turned their farm into a tourist playground with trails, horseback riding and coffee tours.

Achievements like these are impressive, but highly vulnerable. They depend on the continued presence and economic activity of the entrepreneurs who have chosen to protect their environment as part of their business model. And very few entrepreneurs in the sector are taking their survival for granted these days.

The impact of COVID-19 seems to have no end, and the spread of the disease continues to surprise the world. Costa Rica experienced the first “Season Zero” in its history when, in March 2020, it had to close its borders, and the arrival of international tourists fell by 97% in less than a month. National tourism, particularly important for Easter, ceased as well.

According to a survey carried out in July 2020 by the Chamber of Rural Experiences, a chamber with more than 150 affiliates, only 25% of its affiliates were operating. By February 2021, just over 75% had reopened, but affiliates expressed intense concern about the fact that the requirements they face in order to stay open had not been lifted despite the pandemic. These certifications and permits generate considerable expenses, and they say banks have done little to alleviate the burden of their debts. More than 50% of its affiliates have some active credit or financing; 64% have managed to secure payment plans that prevent them from losing their investments.

“I’m fucked, because I owe more than before the pandemic,” responded one survey participant in regards to the payment plan, “and grateful that I did not lose my house.”

“There are guides who sold their telescope, their binoculars and their books, who I cannot hire,” says Sergio Arias, a rural entrepreneur who shared his odyssey to open his business in a previous story. “A guide who worked for us started his business and bought two vans and told me ‘I’ve already lost the two vans. Now what do I do?’”

So what is being done to prevent this disaster from spreading?

Are there solutions coming from the government?

The ever-changing border: Migration, coffee, and COVID in Costa Rica

How does symbiosis begin? The case of Barra Honda