Journey of a coffee bean: from farm to cup

Most people around the world savor a cup or more of coffee each day, but the incredible journey these beans take to your mug from their humble origins in a remote, rural, coffee growing area in the tropics is oftentimes not considered. The process supports many families and involves an array of characters and business institutions, all to ultimately create the incredibly complex value chain of one the world’s most popular and widely consumed commodities.

Coffee is a drink made from the roasted beans of a variety of plants in the genus Coffea. These “beans” are actually the seeds or pits found inside the plant’s small, fleshy fruits, also referred to as coffee “cherries.” The cherries are typically about the size of a large blueberry, and each contains two seeds.

The two most commonly grown, traded and consumed varieties are Coffea arabica and Coffea canephora, known colloquially as Arabica and Robusta. The evergreen shrub originated in tropical east Africa, where popular legend has it that an Ethiopian goat herder named Kaldi observed unusual energetic behavior after his goats consumed the plant’s leaves and berries. He brought the berries to a local monastery, where one of the monks decided to dry and boil the beans in order to brew a drink to help him stay awake during prayer. The drink became a hit with other monks in the monastery, and soon legend of the energizing drink spread across Arabia, Europe, and beyond.

Today, coffee is grown throughout almost all of the world’s tropical countries. Arabica has a slightly higher worldwide production at around 90 million bags (60 kg each) of processed beans per year, versus around 70 million bags of Robusta. Typically, Arabica is grown at a higher elevation (3,000 ft to 6,500 ft, or 900 to 2000 meters), with the finest beans coming from the highest range of where the plants can be grown. This is because slow development of the cherries in cold, thin air means that the seeds, or beans, also develop more slowly. In turn, the seeds become harder, making for a much more uniform roast and concentrated flavor. Robusta, on the other hand, grows at lower elevations, and while the plant yields many more fruits per harvest, the flavor profile or “cup” is far inferior.

Costa Rica passed a decree in 1988 making the cultivation of Robusta illegal, so the annual Costa Rican harvest of approximately 1.5 million  bags  (about 1% of the world’s total) is entirely made up of Arabica. While small in production volume, Costa Rican farmers have become world leaders in the gourmet market segment by focusing on producing top-quality coffees. The world’s top coffee producers are Brazil, Vietnam, Colombia, and Indonesia, making up around 65% of total production. These countries also typically practice large-scale production, with the remaining 35% of coffees produced around the world coming from small to medium farms.

When cherries are ready for harvest, they are carefully picked, processed, and prepared for export. In some large-scale Robusta farms in Brazil and Vietnam, this is done by machine, but the majority of coffee picking remains highly labor intensive and is done by hand. While at some large coffee plantations, this process from farm to export— and in some cases, farm to roasted coffee—is handled in-house, most farmers sell their picked cherries directly to exporters. These exporters take the form of specialty gourmet traders, large multinational companies, and even cooperatives.

Upon purchase, the fruity exterior of the cherry must first be removed and the beans inside dried. This process is known as milling, and can be wet milling—using water and a fermentation process to clean the fruit from the bean and dried in the sun—or dry milling, where the cherries are dried intact and the dry fruit is later rubbed off. In either case, what remains is a green seed, or bean, wrapped in a paper-like parchment. The parchment is often left on during storage, to be removed just before coffee is packed in 60 or 69 kg bags and shipped out to the world.

This naked coffee is known as “green” coffee and is the basis for coffee as a widely traded commodity. Traditionally, coffee was blended based on similar quality and traded or sold based on that quality, but a new and highly coveted process allows beans to be traced back to the farm where they were grown and, in some cases, the very plot within that farm. This has allowed farmers who produce coffee of superior quality to receive differentiated and better pricing upon final sale.

The green unroasted coffee is traditionally purchased by what are known as brokers or traders. Pricing for the beans is dictated by two different commodity futures markets. Arabica is traded in cents per pound in 69 kg bags on the New York C (NYCC), while Robusta is traded on London’s Intercontinental Exchange (ICE) in USD per metric ton in 60 kg bags.

Market prices fluctuate continuously and are dictated by global supply and demand. In other words, if the supply of coffee drops and the demand stays the same, the market goes up until the price becomes so high it influences demand. Inversely, if there is too much supply, market prices will dip, allowing demand to increase by taking advantage of the low prices until a balance is found again.

Sales contracts between sellers and buyers establish pricing using these two futures markets as a benchmark from which they add or subtract cents/lb or USD/metric ton based on the quality of product. A poor quality Robusta will be traded at a certain value below where the current ICE market is trading, and inversely, an extremely high quality gourmet Arabica can fetch a premium to the current NYCC price, and vice versa.

A strong tradition of intermediaries exists in the coffee market. While there is a trend developing for some extremely sophisticated or gourmet farmers to do more direct sales (or trades) with their roasters, and thus fetch much more favorable prices for their beans, much of the world’s harvest is heavily dependent on this complex commodities market and the brokers and traders that keep it chugging along each day.

Pricing in coffee is determined by quality. In the case of Arabica, the quality of coffee is established by a highly trained taster known as a “cupper.” Small batches of a particular lot of coffee are roasted and prepared to assess quality and detect defects. Traditionally, this act is performed on a large circular table that rotates on a central spindle. Each lot is given a section on the table, and the table is divided like slices of a pizza. Several small cups with ground coffee inside are placed around the outer rim of the table.

The first step is to smell the grounds themselves. Next, hot water is poured into the cups; the cupper uses a special spoon to loudly slurp the coffee before spitting it into an oversized, vase-shaped vessel known as a spittoon. The slurp is especially important, as it allows amble air to circulate the flavors throughout the entire olfactory system and not just on the tongue itself. Each lot also has a tray of unroasted green coffee on display behind the cups, so quality is assessed with taste and smell as well as visually.

Each origin around the world has a series of standard qualities or flavor profiles for which the cupper is testing. These qualities also have an internationally defined auction price on their corresponding futures markets. In Costa Rica, Hard Bean (HB) is a standard quality coffee, whereas Strictly Hard Bean (SHB) is superior. Both qualities fetch premium prices on the New York C market (+ cents on the pound). If defects are detected, this will in turn negatively affect the lot’s price. Defects can include bitterness, fermented flavors, medical or metallic flavors, as well as rubbery or any other off-putting flavors.

On the more gourmet side of the spectrum, top quality specialty coffee has evolved into a highly celebrated item much like wine, and bouquets, noses, or other essences can be recognized by cupping experts like complex acidity, citrus and other fruit, chocolate, earthy, woody, floral, and more. Robusta, on the other hand, is a little different. While some cupping takes place, the quality is often so low that a standardized physical grading by a trained grader is used to assess quality instead. Sticks, rocks, and broken beans are all counted to place the coffee within a range of quality and thus define pricing as it relates to the London ICE market.

Once the coffee has been imported, it is sold to the coffee roaster. While much has changed in recent years, a large majority of coffee still reaches roasters in this way. Roasters will either sell single origins or blend origins in order to balance flavors and match their clients’ tastes. Each country has specific flavor profiles and preferences.

Scandinavia, a group of countries famous for ultra-high coffee consumption, prefers high acidity commonly found in high-grown Arabica. Italian roasters, on the other hand, use specific amounts of various origins as well as blends of Arabica and Robusta to achieve the perfect consistency and froth when brewed in an espresso machine.

The evolution of how coffee is consumed can be described in what is widely referred to as waves. The first wave was in the mid-20th century, when coffee brands such as Folgers and Maxwell House became synonymous with what was in the pantry of a typical middle-class suburban household. This was standard commodity supermarket quality with very little origin traceability, often with a dark roast, and sometimes even with flavors added.

The second wave was in the 1990s, when brands like Starbucks created the café experience with a variety of specialty coffees. This wave brought with it the barista, who created a myriad of exotic coffee creations with the infamous dark “city” roast.

Finally, and more recently, the third wave brought coffee to the next level of gourmet as well as traceability. Consumers know where their coffee was grown, oftentimes to the farm level, what type or varietal of coffee it is and how it was milled; they usually drink it lightly roasted and as straight as possible in order to appreciate every nuance and flavor. Consumers are becoming more and more sophisticated, and their preference in coffee (as well as willingness to pay huge prices for it) reflect that.

Whether you drink your coffee percolated, from pods, a French press or a chemex, as espresso, cappuccino, or macchiato, hot or cold, or just plain black brewed through a sock as we do in Costa Rica—next time you take a sip, let you imagination retrace the amazing journey of how this simple product has traveled the world to be a part of your drink. And remember to thank Kaldi for discovering these wonderful beans. 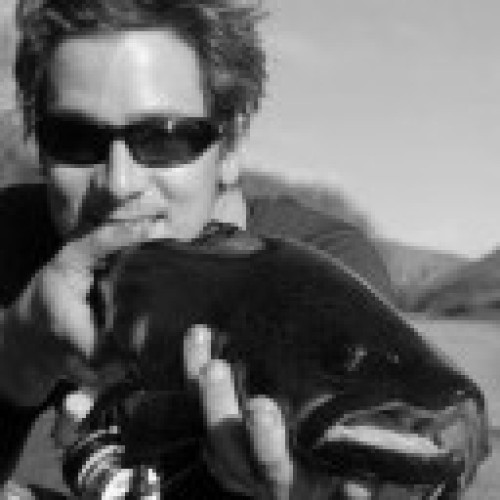 ‘One cup of coffee can make a difference’